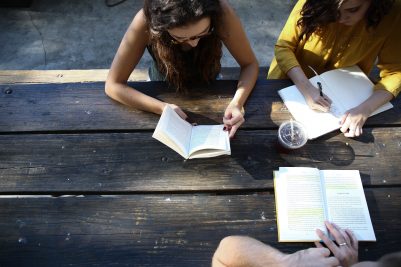 Marichelle had finally decided she was going back to school. After 20 years of working, she felt that her life needed a drastic change. She was shocked when she was accepted into a master’s program, but kept telling herself that they wouldn’t have accepted her if they didn’t want her. That was three months ago, and that lingering doubt about her abilities has only grown louder.  Knee deep into her first semester, she can’t get over the use of the phrase “atypical student” to refer to her mid-life scholarship, and most of the students in the class are around the same age as her daughter.   On top of that, there have been so many tech advances in the past 20 years that she’s had to purchase a new laptop and grapple with computer programs that are second-nature to her classmates. She’s embarrassed to talk about it at school, even though she’s sure her classmates would be supportive.

Jackson was ecstatic to be accepted into his first choice of colleges, but also to be the first person in his family to get into college at all.  His parents were so proud of him, and he felt confident the best way to show them his appreciation for his support was to make the grade.  But he never imagined how hard it would be, and after his first year, he was put on academic probation.  It’s some of the intangible aspects of college that are vexing him.  For example, he’s trying very hard, but he doesn’t get the same support he had from teachers in high school — there’s generally an expectation that he is responsible for his own performance, or lack thereof.  Back in high school, he was the star pupil, and his teachers were eager to help anytime he had a question.  Now, in huge lecture halls, he feels like a number.  He has some great friends, but they just want him to come out all the time and party.  Jackson doesn’t want to let anyone down, but partying is starting to sound like a good idea.

Jacqueline is a first year medical student, and boy, does she have the disposition!  She’s competitive, type-A, and somewhat socially isolated and emotionally disassociated.  No doubt a lot of these characteristics came from her home life — her father was emotionally distant and her mom angry and enmeshed with her.  To this day, Jacqueline still reports in at least 2-3 times a week just so her mother can feel as though she’s involved in her life.  Recently, after a bout with 3 weeks of virtually no sleep and losing a fair amount of weight, it occurred to Jacqueline that she might not make it to the end if she didn’t get in a better place emotionally.  But she really didn’t have anyone in her family she could reach out to that wouldn’t make things worse, and she was far too competitive with her cohorts to let them know.

Education is one of the most exciting, and stressful, parts of life. Whether you are applying for admission, taking courses, or graduating from a program, the experience will have many challenges and successes. In 2015, the Bureau of Labor Statistics noted that of 15 jobs that are growing the most, 11 needed post-secondary education to obtain. To add to the concerns over where to obtain a post-secondary degree, research shows that around 40% of students who want to attend college are actually prepared (Kirst & Bracco, 2004). The excitement of starting a new chapter in your life can oftentimes be overshadowed by the lack of support that many students feel. For instance, of all students applying to college, less than 12% know how to navigate the admission procedures (Venezia, Kirst, & Antonio, 2004). Nevertheless, according to the National Center for Education Statistics, in 2014 over 1 million students completed an associate’s degree and 1.9 million graduated with a bachelor’s degree.

What Kinds of Issues are Related to School Performance?

Students in St. Louis entering into post-secondary education may have a number of concerns around school sociocultural environment, anxiety and depression, and financial strain. 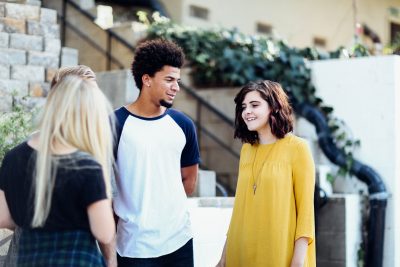 Even though school sociocultural environment is often an afterthought for incoming students (not to mention a mouthful to say!), it can negatively affect students of any background. In 2013, the National Center for Education Statistics recorded 781 hate crimes on college campuses. Too add, there were 27,600 crimes that directly affected a student or the students’ property. Luckily, these numbers have dropped since 2012, but that does not negate the fact that many students are struggling with on-campus crime. (NOTE: Please bear in mind that these are the reported numbers. Many crimes that occur on-campus are never reported!)

In addition to safety concerns, the availability of academic assistance impacts environment.  If students aren’t provided the resources they need for success, they naturally may feel lost and confused. Many colleges may not understand that certain some of their students have higher academic needs.  Of those attending college for the first time in their family’s history, research indicates that more than 50% needed academic assistance.  This isn’t to say that being the first one in your family to enter any type of higher education has its advantages, like higher paying jobs, higher life satisfaction, and healthier lifestyles — research says it does.  Nevertheless, first-generation students also generally have to quickly become accustomed to balancing class with work, financial aid, and other constraints. These extra burdens can increase the students stress, and concerns regarding degree completion.

That said, it really is no wonder that anxiety and depression are key concerns for college students in St. Louis. In fact, according to the Anxiety and Depression Association of America (ADAA), around 75% of Americans who struggle with anxiety say their struggles started during college.  What’s more, ADAA reports that during any given three month period, around 34% of American college students have experienced feelings of depression. In 2011, a national survey found that 62% of students who decided to leave college did so because of mental health concerns.

Finding a way to pay for college is a topic of concern from the coffee shop to the White House, and it is a concern that is well-founded.   It has been estimated that approximately 85% of undergraduate students received financial aid in 2013-2014 (National Center for Education Statistics). Even though there is financial aid available, it can feel overwhelming trying to research all of the different options. Trying to sit down and calculate how much everything is going to cost is a task that would send anyone into overdrive, especially while trying to live life and make ends meet at the same time. 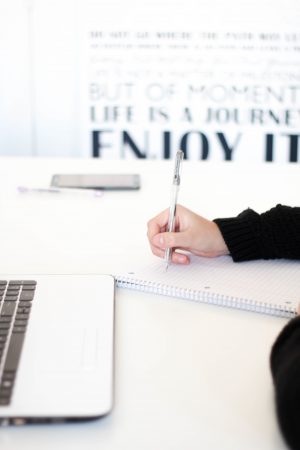 One of the difficulties about getting help with academic concerns is simply finding the time and emotional energy.  While you’re working on that, here are some steps you can take on your own.

One: Remember, re-entering into school is stressful. Period!  Surround yourself with friends and family that will support you throughout the process. If you even have a question in class, go ahead and ask.  Those who eventually know lots of things are willing to, at the outset, admit what they don’t know.  Always remember that if you are confused about something, chances are another classmate is as well.

Two: Academic and financial concerns go hand-in-hand — there are precious few students who don’t have some degree of struggle with both.  There are many great resources out there to help make sense of everything, so try starting out with Upward Bound and your school’s Student Support Services. Both will help you map out what needs to be done before any application is completed. They make the confusing, and often irritating, process of financial aid a breeze.

Three: Breathe! In times of stress, remind yourself that not everything can be completed in one day.  One of the best ways to work around the stress of getting homework done, filling out applications, or balancing school and work is to plan. Breaking up big tasks into smaller segments (a process with the somewhat gross sounding name, Chunking) is a research-validated way to make the process a lot easier, and reduce stress. Get a calendar or planner, or download an organizer app such as Planner Pro for your phone.

Four: The best way to deal with any type of academic concern is self-care. After completing one of your mini tasks, treat yourself to a 10-minute meditation, free yoga class, ice cream with friends, or a good movie.

Five: If the school sociocultural environment seems to make things worse, consider branching out a bit.  Many college students find that some of their most rewarding college experiences occur off-campus, with local civic organizations, churches, or volunteer groups, where they are able to interact with a more diverse group than just the school’s student body.  If you’re uncertain where to start looking, consider asking an advisor, professor, or even the Dean.

Six: Even if you aren’t comfortable leaving campus, join clubs on-campus to find new friends and creating lasting bonds. The stronger your support system is on campus, the better you will feel when times get hard. Having other students who understand your academic concerns can feel like a life0saver in times of trouble.
Need some guidance with all of these?  We can help!