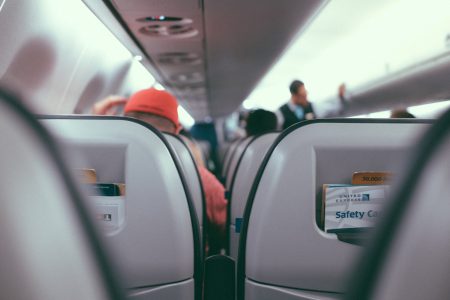 Waiting at the airport for his plane to leave, Kevin couldn’t stop his body from shaking or his mind from spinning a list of catastrophic ways that he might die in-flight.  These thoughts hadn’t always been there — they’d started last year after an awful flight with a lot of turbulence where he honestly wondered whether he’d make it back to the ground alive.   Even though he knows that statistically he’s a lot more likely to die in a car crash, he just can’t shake his growing fear of flying.

For the past several years, Terry has had a strange sense that someone is watching her.  It started a few months after she broke up with her boyfriend and he began threatening to hurt her if they didn’t get back together.  She has taken extra precautions to make sure that she is safe, but she can’t think of everything, of course, and her fear won’t go away, in spite of the fact that her ex has now moved to a different state more than 6 hours away by car.  At first, her parents were worried too as the threat was real, but now their worry is taking on a different tenor — Terry just spent a large amount of money on a new security system and is talking about purchasing a gun.

Richard doesn’t think his fear of swimming is strange, but his husband, Paul, wants him to meet with a counselor because it is affecting the family. This was the first summer that their young children began being invited to pool parties, but Richard refused to let them go, insisting that water is dangerous, and that the kids would drown if they went swimming.   While there is of course some truth to this notion, Paul views it as obviously misplaced personal fear, and is frightened that if left unchecked, their children may develop the same water phobia. 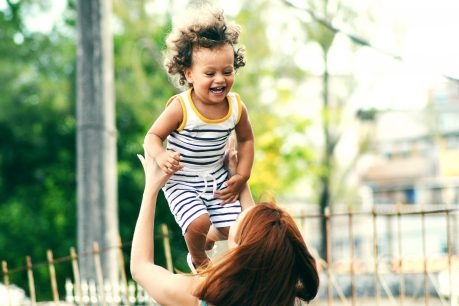 Why do we become fearful?

All humans experience varying degrees of fear throughout their lives. Fear is a natural, biological-wired response to a perceived danger.  Fearful situations produce changes in a persons’ heart rate, pupils, muscles, and brain functioning. These biological changes, thanks to a part of the brain called the amygdala, keep us safe. Our bodies are put into “flight or fight” mode so that we can survive. For many people, fears disappear once they discover that they won’t be harmed by the perceived threat. For example, hearing a loud bang produces the “fight or flight” response, but once we discover that the bang came from a glass falling off the shelf rather than say, a gunshot, the fear-response disappears.

However, even though fear is natural, many people with certain conditions have higher levels of everyday fear in which the fight-flight response is inappropriately activated, and/or remaining in the “on” position long after the actual threat has diminished.  Individuals with generalized anxiety, phobias, PTSD, and OCD all experience increased levels of fear.

An individual with GAD has an intense worry about day-to-day events. These concerns are disproportionate to the days’ demands. They may feel irritable, fatigued, and constantly ruminate over what else needs to be completed before the day is over. Sadly, research indicates 6.8 million Americans have GAD, and women are twice as likely to be diagnosed with GAD.

Phobias occur when someone has fears around a specific object, event, or person. They are classified into three groups: specific (e.g. spiders), social, and agoraphobia (i.e. being stuck somewhere and not being able to leave). Time, money, and resources are used to make sure that the fearful object, place, or person is not encountered. On the occasions where the fearful item is encountered, individuals with phobias have a heightened “flight or fight” response. They will experience higher levels of dizziness, heart palpitations, shortness of breath, nausea, and panic attacks.

PTSD is a response to a traumatic event that someone either experienced or witnessed. Individuals with PTSD may develop some of the following symptoms: flashbacks, increased hypervigilance, numbness, feelings of guilt, and insomnia. Symptoms may not appear immediately after the trauma, and if not worked through symptoms will worsen. Many individuals with PTSD begin to feel intense guilt because the PTSD begins to affect their work performance, marriage, and life experiences.

Here are some interesting facts about PTSD:

An individual with OCD experiences unwanted (fear-inducing) thoughts that do not go away until a certain ritual is completed (e.g. checking that the door is locked repeatedly before leaving the house; repeatedly checking expiration dates;). The individual fears in a reflexive way that if they do not engage in the repetitive behaviors, something bad will happen.  This fear is generally irrational as the compulsive behaviors tend not to have anything to do with reality.  For example, checking the expiration dates of milk 5-7 times per day doesn’t actually correspond to reality about how quickly milk expires — i.e., checking it once per week will not yield inferior results to checking it repeatedly.

Anxiety and fear are the driving forces behind OCD; unless a compulsion is completed, the individuals’ anxiety continues to rise to extremely uncomfortable levels. The obsessions and compulsions are time-consuming and take away from a persons’ regular activities. Around 2.3% of the American population has OCD, and it affects women and men equally. 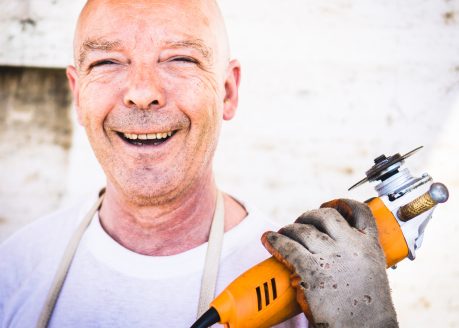 Our therapists aren’t just expert counselors – they’re agents of change!  They can help you reduce your fear by improving your thinking, helping you adjust areas of wellness, and guiding you through practices of meditation and mindfulness.

Looking for help with fear in St. Louis or St. Louis fear counseling?