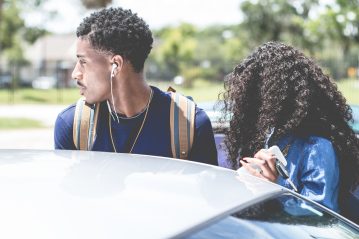 Kathy and Steve had been coworkers for quite some time. About a month ago, Steve had asked Kathy out on a date. Even though Kathy had a wonderful time, she let Steve know that she wasn’t interested. Steve said that there were no harsh feelings, but now he won’t leave her alone. He follows her to her car after work, leaves her love letters on her desk, texts her throughout the day, and knows where she lives. Kathy is becoming more and more anxious because she has repeatedly told Steve to stop. She is now thinking about looking for another job so that she can get away from him.

Michael and Dave had been married for a year, and everything seemed perfect.  That is, perfect until Michael became increasingly stressed at work.  Inevitably, the stress has started “coming home” with him — he seems agitated all the time and can’t shake ruminations about work while he is at home. Last week, Michael came home in such an angry state that he began verbally started lashing out at Dave.  Caught off guard, Dave became defensive, and an argument ensued.  Before it was over, Dave had a black eye.  Michael apologized profusely, but Dave still feels scared. He doesn’t know if this is really abuse, or just a lovers’ quarrel that got out of hand.

Brian has always been anxious around women. His friends keep trying to set him up with women in their larger social network, but he keeps making up excuses for why he can’t find the time to meet any of them. Even though he knows his friends are just trying to be nice, Brian doesn’t want to tell them how being alone with women is so difficult.  In fact, he’s not sure why he behaves this way entirely.  The earliest recollections he has of being uneasy around women start remarkably young, when his parents would leave him alone in elementary school with a teenage female babysitter.  She did things to him that gave him a great deal of conflict — on one hand he enjoyed them, and on the other he felt violated.  What did this have to do with his discomfort with women all these years later? 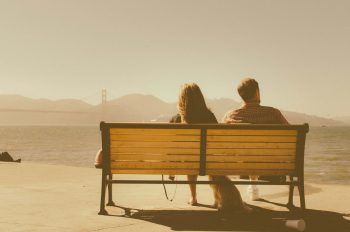 Simply put, abuse is any act that harms another human, and can occur at any age and by anyone. This abuse can come in many forms: sexual, verbal/emotional, physical, cyber-bullying, financial, and/or stalking. With each type of abuse, the perpetrator engages in a behavior, or multiple behaviors, to control and/or manipulate the victim. According to the Center for Disease Control (CDC), n the past year, more than 25% of women and more than 10% of men have experienced some form of abuse. Physical abuse is the main form of intimate partner violence when the perpetrator is a female.

Sometimes the victim or family and friends of the victim, may not know that abuse is occurring. School bullying may go unnoticed, but this form of verbal/emotional abuse can have lasting impacts on the victim. The student may feel that no one understands what they are going through. They fear that if they talk to anyone about the abuse, the perpetrator will find out and become worse. According to the American Society for the Positive Care of Children (ASPCC), cyber-bullying can lead too multiple physical and emotional issues including, but not limited to: headaches, upset stomach, anxiety, depression, suicidality, and weight fluctuations.

Additionally, if the perpetrator is a parent (or anyone who is older than them), the child-victim may feel that they can’t speak up because they don’t want to disappoint their family. Sadly, the U.S., Department of Health and Human Services reports that approximately only 33% of abused adolescents inform someone of the incident. For children, 24% of girls and approximately 8.3% of boys will be sexually abused, and more than 60% of child sexual abuse is done by a non-family member (source).

For those who are in an abusive relationship, the consequences for leaving the relationship may appear direr than staying. For instance, the perpetrator may say that they will: never do it again, take away the victims’ money, harm the victims’ family, or harm themselves if the victim leaves. These verbal threats keep the victim trapped in a cycle of abuse. 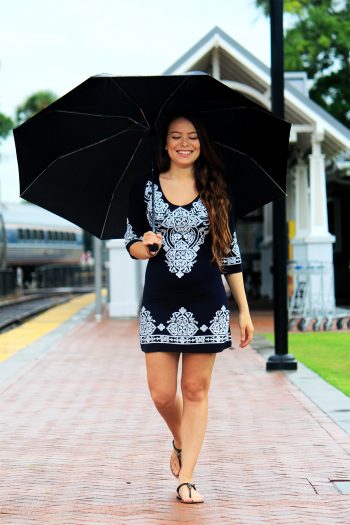 How Can I tell if I am Being Abused?

Many people in St. Louis wonder how they can know whether what is transpiring for them constitutes “abuse,” or if it is something they should just brush off.  Here’s help:

Sexual: Any time that an individual is coerced, or physically forced, into sexual acts that they did not want to do. The victim feels pressured because: they want to please the perpetrator, they want to avoid another form of abuse, or they feel that they cannot say no. Many times the victim will not say no because this could put them in greater danger. Approximately half of individuals under 18, who were victims of sexual abuse, have attempted suicide.

Verbal/Emotional: Any form of unwanted non-physical attention. This can include, but is not limited to: screaming at someone, telling someone they are worthless, publicly shaming the victim, insults, blaming the victim for the perpetrators’ behavior, exposing the victims’ sexual/gender identity, and spreading lies about the victim. Emotional abuse can be used as a way to pay workers less than they are owed. The perpetrator may threaten the victim with deportation if the perpetrator knows the citizenship status of the victim.

Physical: When someone intentionally uses force to control another person. For instance: hitting, punching, scratching, pushing, pinching, and slapping are all ways that perpetrators control their victims. Many people assume that physical abuse has to leave some bodily trace (e.g. a bruise). This is not always the case. For certain victims, physical abuse may not leave any scares, bruises, or scraps.

Cyber-bullying: A form of verbal/emotional abuse in which the perpetrator uses the internet (i.e. email, social media, texting) to harass the victim. The abusive messages can include: name calling, fat shaming, detailed descriptions of unwanted sexual acts, and death threats. 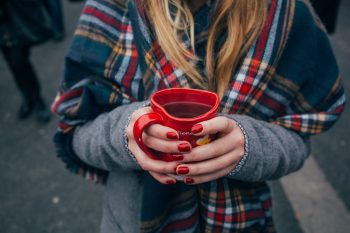 If you’re being abused, it is perfectly natural to be frightened, angry, confused, lonely, lost, and/or searching.  You…can…get…help!!!!  Contact Change, Inc. now, and take the following steps:

Parents, if you discover your child is being abused the first step in helping them is listening. Allow your child to express what they can. Prying for extra information could make your child not want to talk about the abuse. Let them know that you are listening, you love them, and you will support them throughout their healing process.

Our therapists aren’t just expert counselors – they’re agents of change!  They can help you find freedom from an abusive past and current abusive relationships, and begin the process of healing.  You can find peace and happiness — let us help!

Looking for help with abuse in St. Louis or St. Louis abuse counseling?