High School All Over Again? 4 Tips for Dealing with Adult Cliques

I reached the apex of my childhood popularity in eighth grade, having rotated into the “most sought after guy” slot relatively frequently to that point with a handful of two or three others.

I noticed that he began keeping the company of a few older kids, as well as some others our age, but didn’t include me. As a new clique formed around them, I always felt on the outside. That trend continued into high school, when the girls to whom I’d historically been close were inevitably swept up into romantic relationships with older guys, and developed new social circles around them. From then onward, I was demoted to a second, much less desirable tier of popularity, still mostly welcome and invited to in-crowd parties, but never again part of that de facto group did the inviting.

To this day, when I think about all of this, I am surprised at how much I am still filled with a sense of loss and confusion.

One unpleasant reality that has undergirded my attempts to understand it over the years is the inevitable internalization. For some reason, my first instinct is to assume that when things go awry socially, more than having done something wrong – ostensibly, I usually haven’t done anything at all – there is something wrong. With me.

This is no doubt the same kind of worry espoused by Marty McFly at the end of Back to the Future, when he inquires about Doc Brown’s insistence on taking the DeLorean forward in time.  “What happens to us in the future? What – do we become assholes or something?”

It’s worth noting that it is practically the definition of classically uncool to assume that when things go wrong it is somehow because you are characterologically deficient. The coolest of kids who don’t care what others think are practically mythological. But more than uncool, internalization is for me just unhelpful, leading down a rabbit hole of morbid introspection and unanswerable questions that operate from the wrong starting place.

It’s easier for me to recognize this as an adult, and in fact, as it regards my childhood, I have had enough therapy to generally let bygones be bygones. That is, until some current experience reopens the old wounds. Just when life gets okay, my wife and I are left out of a social gathering by other parents, or someone whom I really admire doesn’t return a phone call or an email or otherwise request to hang out. And I KNOW they saw my Facebook message because I got that damned read receipt at 8:26pm last Tuesday.

And then I’m just in freaking high school all over again.

Here are 4 reminders that really, really help me cope:

Once in graduate school, I was lamenting some social injustice to a professor of mine, who quipped, “You know, A + B doesn’t always equal Ryan.” It cut me a bit, but I have carried this with me ever since.

When we’re young, we live in such me-centered universes. It makes a lot of sense that 6- or 16-year-olds assume what transpires around them is somehow a reflection on them. But it makes a lot less sense at 36. One of the best ways to know that people aren’t intending to personally slight me is to use myself as a barometer. If I’m any indication, I’m far too busy thinking about me to have time left to think about you. 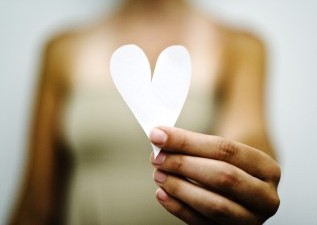 As a psychotherapist, I’ve listened to the internal thoughts of others long enough to know it is naïve to assume that people are never thinking about me when I notice that I’m uninvited to some event or excluded from some social group. Part of what made rejection (real or imagined) difficult in my youth was that I was desperately insecure and wanted everyone else’s validation. If I couldn’t get it, I’d drive myself bananas trying to find out how I could be more acceptable so that I could. But at this stage of my life, more now than ever before, I accept who I am, for whatever qualities I embody that others might label as positive or negative depending on their vantage points. To the direct extent dislike or indifference does reflect on me, whatever I am, I can be no other thing. And as I approach mid-life, I like me. If others don’t, that’s okay.

In my early twenties I complained that someone I knew didn’t always include me in his social outings. As I described him, my mentor remarked that it sounded as though I didn’t even like the guy. And then it hit me – I didn’t. In fact, I genuinely disliked him. What’s more, if his social behavior toward me was any indication, he didn’t terribly like me either.

All of this betrayed an important point – we have additional motives for being included and liked by others than simply altruistic friendship. Looking back, it’s plain to see that this gent was attractive and well-liked by women. He kept an entourage around him, and I wanted in as it elevated my social standing. Conversely, he occasionally he needed me around as it elevated his own.

When considering why it stings so badly when others exclude or ignore me, it’s helpful to note that the thing I have with others is often not really friendship anyhow, but just some way for us to use another for our mutual benefit. I can always find another wingman.

Take a look around.

Finally, once I’ve had enough of all of this thinking, I try to take concrete action. I look around me for others who both genuinely enjoy me and that I enjoy. I often find that there are people who’ve been pursuing me socially whom I have excluded, usually partially because I am focused on being excluded by others! I take a tangible step toward them, and any others I notice that may be feeling excluded, remembering the old axiom, “When I went out to make friends, I found few, but when I went out to be a friend, I found many.”

This post originally appeared on Ryan’s blog at HuffPost Parents.

Looking for counseling in St. Louis?

Ryan Thomas Neace, MA, LPC, NCC, CCMHC, is the founder of Change, Inc., the premier counseling and wellness center of South City, St. Louis, MO.  Contact him for counseling at 314-669-6242, or contact@changeincorporated.org.