How to Say You’re Sorry

Most of us having trouble saying we’re sorry. If some of our nation’s politicians (or the way we react to them) are any indication, apologizing is practically un-American. It runs against the grain of a people who’ve prided themselves on being first place at everything (even though we’re not – pride makes you blind that way).

Of course, we don’t have to look to culture to know that apologizing isn’t exactly second nature. We often spend a better portion of our childhoods without any real apologies from mom and dad, often for their fear that it will somehow weaken their position of power and influence with us. Conversely, as children we also don’t tend to offer apologies to our parents except when we know it will get us out of trouble, if for no other reason than we lack the ability to abstract ourselves from our little points-of-view and consider for a moment that mom and dad might actually have feelings themselves or be struggling and need our grace. As the evidence for the non-super hero status of parents mounts over the years, often by the time it comes into full view, we may be too angry or self-absorbed to give a damn.

Apologizing just isn’t something we do well.

A sincere and genuine apology can melt thick ice in and around the chambers of the human heart. It can restore relationships that have been hopelessly strained. It can renew connections in ways we’d previously not thought possible. It can revitalize both givers and the receivers, even after years of misunderstanding and injury.

So, here are three basic rules for apologizing that, when regularly applied, may have a profound impact on the quality of your life and the people you love. 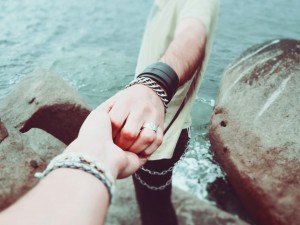 “I’m sorry if you felt that I offended you.”

Newsflash: This isn’t an apology.

Apologizing for what someone “felt” happened is often a subtle way to invalidate their perspective. It’s like saying, “Well, it didn’t really happen that way, but since you apparently think it did, I apologize that you thought that.” Written thusly, not only is it evident that there are a lot of mental gymnastics going on here, but also that those gymnastics aren’t terribly logical. It makes no sense to apologize for something the other person “felt” or “thought.” Just apologize for the thing you did that lead them there.  And no, that’s not the same as saying you are responsible.  Just that you regret what happened (because, you know, it did).

2. At least 75% of the time, it behooves you to apologize before you actually feel sorry.

A smaller percentage of the time, it pays to wait to apologize because it’s incredibly difficult to will yourself into empathy and contrition. Apologizing before you feel it can actually lead to more trouble, such as taking your apology back or inserting additional jabs that only add insult to injury.

On the other hand, if we spend our lives waiting until we feel sorry to actually say it, we probably wouldn’t do very much apologizing at all. In fact, doing so may actually put the cart before the horse – we often feel more at peace (and correspondingly, more remorseful) after we apologize than we do before it, if for no other reason than a humble apology on our part often leads to concessions from those we’ve offended. In other words, if you want to feel sorry, go ahead and say it at least 75% of the time, and give the other person a chance to accept and absorb that. Hopefully they’ll come around too. Peacemaking is often an act that requires give on our part before we feel fully ready. 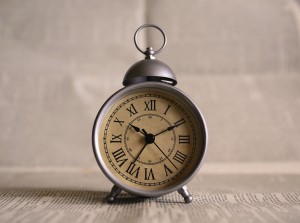 None of this denies the very real fact that we will often have a difference of opinion about with someone for whom we’ve caused offense. We may feel misunderstood, think someone is being childish or overly sensitive, or just plain remember the facts differently. If this sort of thing routinely trips up your efforts to apologize, here’s a phrase I’ve learned that helps me convey this idea in a safe and benign way for both parties when someone tells me I’ve offended them:

When you say something like this, it often begs the question, “Well, what was your intent?” And that gives us a chance to explain our side of the story because we’ve been invited to do so. It means that our apology didn’t carry with it the condition of explaining our own perspective, but it doesn’t preclude us from doing so when asked.  This divorces our explanation from the apology itself, and makes it easier to digest.

There you have it – 3 simple rules that are undoubtedly easier to write about than to execute, especially in a culture that doesn’t seem to terribly value them. Society may tell us apologizing is weak, but being able to consider the position of the other is always strength – always. It shows that we have a depth of character, the security to be vulnerable, and ultimately, that we are good people trying our best in the face of difficult circumstances.

Looking for counseling in St. Louis?