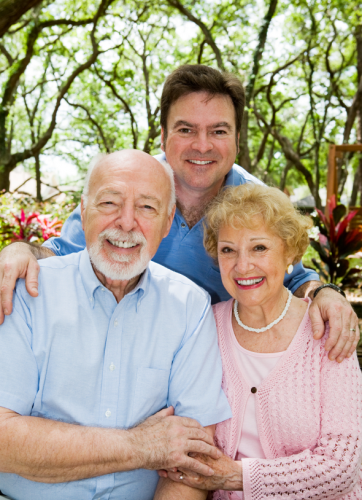 Pam and Leonard watched their children grow and blossom into young adults.  Before they knew it, the kids finished college, got married, and had kids of their own.  Just they’d adjusted to their empty nest and really started to enjoy life as just the two of them again, Leonard’s mother fell and broke her hip, and Pam’s dad was forgetting things like his address and phone number.  In dealing with their own aging process, Pam and Leonard knew that they were also going to have to become caregivers for their own parents.

Alex was always a cheerful, giving man now in approaching 65.  Even with the early death of his wife in her 50’s, his spirit, constant smile, and desire to press onward was something everyone admired.  After he retired, he’d even taken to helping out as a driver for a local hotel, shuttling weary customers back and forth from the airport.  But lately, he just hadn’t been himself.  Though he didn’t always show it, he felt what could only rightly be described as “empty”.  Family and friends began to notice, and they thought he might benefit from talking to someone.

Paul swept through his 20’s and 30’s making his way to lead salesman at a large advertising firm downtown.  But for the last 5 years, he had this increasingly urgent feeling that if something major didn’t happen by 50, he was going to get left behind.  He worked harder than ever, but neither his body nor his mind responded the way it used to, and he just couldn’t get as much done in as little time.  His superiors were more than happy with his work, but he wasn’t exactly on the front line for promotions anymore.  But the odd thing was that he had the same feeling in his personal life – he had great kids, a loving wife, a nice home – but he kept asking himself, “Isn’t there something more?”

Many people struggle to navigate the aging process.

Because aging happens to all of us, you’d think at some level we’d be relatively good at dealing with it!  But in fact, many people find themselves struggling with the competing demands of children, parents, and jobs, all at times of life when they’re wrestling with their own aging process.  What’s worse, persons younger or older may not be as sensitive to the struggles of aging as we’d like, and we may find ourselves frustrated at their lack of acknowledgment of the legitimacy of aging struggles.

When we’re children, twenty-somethings seem like full-blown adults.  When we’re in our teens, people in their fifties seem ancient.  But for those of us somewhere later in life, the aging process seems much more ambiguous.  Often, we have difficulty telling how old younger people are.  We find it somewhat shocking when peers our age are dating younger people.  And so forth.  Aging is a strange thing! 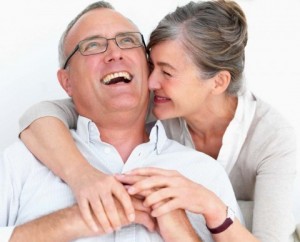 Dr. Bernard Nash, a social worker considered a pioneer in aging, once said, “Does it not strike you that we all want to live longer but none of us want to grow old?”   The fact that we can all understand that sentiment at some level is a testimony to the accuracy of its sentiment.  When we look around us, especially as media has driven forward themes of unreachable, unending, and unsustainable beauty for the past 50 years, many have become obsessed with staying young.  But that isn’t to say that this is a terribly new phenomenon.

Literature is replete with fantasies of agelessness. Or have you forgotten about Ponce de Leon’s voyage to the Fountain of Youth?  What about Aldous Huxley’s “Brave New World”, in which disease is nonexistent, and old age and death are made as pleasant as possible so they can be ignored?  And there have been a hundred adaptations of fairy tales like Snow White (e.g., Mirror Mirror) and Rapunzel (e.g., Tangled) that feature evil old witches whose primary aim is to steal the spirit of the youthful, beautiful heroines that they might be “forever young.”

But not all fear is light-hearted.  French existentialist Jean Paul Satre was associated with an author named Simone de Beauvoir, whose work “Old Age” described aging as “decrepitude, ugliness and ill-health”.

When  we witness the responses of history and society to aging, it can be easy to dismiss all of the strong reactions as extremes.  But looking at our own reactions may make us wonder a bit more, “What is it about aging that is so difficult?”  Here’s a list of some of the most common themes among people struggling with the aging process.  We think understanding some of these things gives a bit more meaning to the fear surrounding aging, and helps us respond more compassionately: 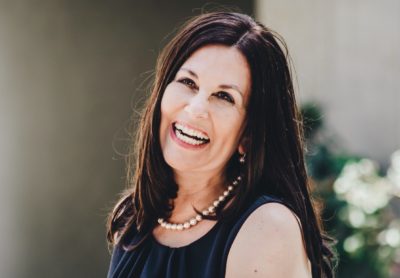 The Facts About Dealing with the Aging Process.  Do You Know Them?
It may be encouraging to note, however, that there are some relative certainties about getting older.  Dr. Diana Campo, Extension Child Development and Family Life Specialist at the University of New Mexico, concocted this quiz to help you gauge your level of insight about the aging process:
Got all of your answers written down?  Before you move on, take the time to find out how you did!  See the correct answers by clicking here!
Coping with the Difficulties of Aging
But how do some people seem to manage the aging process so well?  You’ve seen them – silvery gray hair, tanned and toned – looking and feeling younger than they are, but never too offput by their actual age or station in life.  How do they do it?  What’s their secret?  Here are some tips we think could put you on that path: