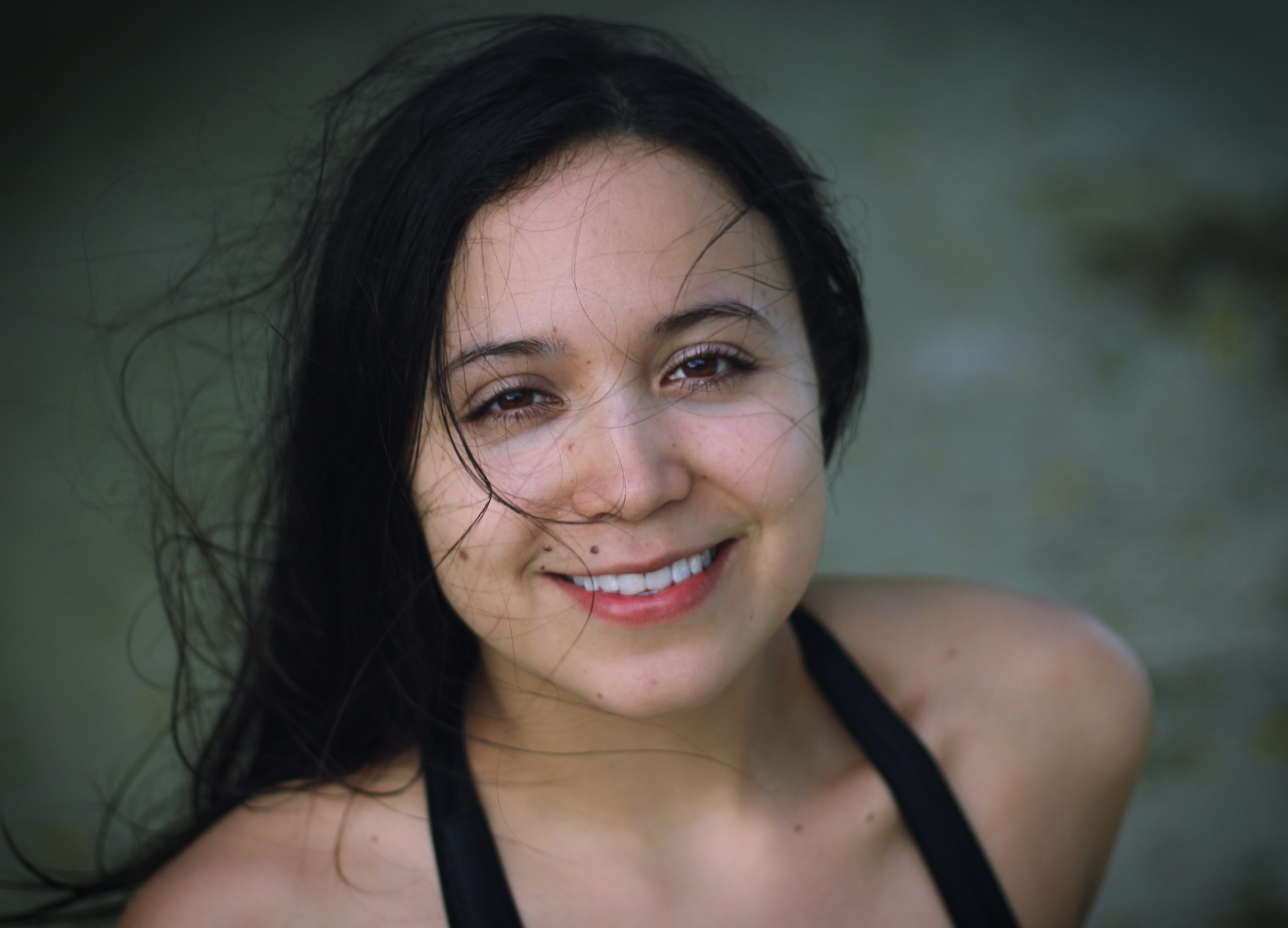 Alejandra never got COVID-19, she never knew anyone personally that did.  She never even really had a cough or any other symptom that lead her to question whether she might have Coronavirus herself.   And yet, the headlines.  The images.  The quarantines.   The fear.  The panic.  She wasn’t sure how anyone else who might actually be closer to the virus was handling it, but she felt downright depressed, and frankly, glad to be quarantined.  But she knew she needed human contact.  The things that were bothering her before compounded with all of this mess left her feeling even worse.

Nearly every week since the shootings in Orlando, Ethan has had severe and at times, debilitating anxiety.  It sits deep in his chest throughout the week, but he manages to fight it off at work.  He has tended to think that his anxiety will subside over the weekend when he is off, but it actually gets worse when he has free time to think.  The past two Sunday evenings, he’s had full-blown panic attacks leading to fitful sleep all night and a palpable sense of dread as he thinks about going back to work the following day.  Friends and loved ones from within his LGBTQ+ community try to comfort him, but the truth is, many of them feel the same sense of worry.

Jeanine has always followed politics and has even dabbled in them herself as she currently serves on her local school board.  She majored in political science in college and has prided herself in her ability to navigate the politics of career at the local non-profit at which she was recently promoted.  But lately, her fascination with all things political has taken a sinister turn.  The ugliness of the election season and partisan politics has left her feeling despondent and hopeless, and yet, she finds herself glued to television as if what she was watching wasn’t bound to make her feel even worse.  She knows it’s unhealthy, but like turning her head to scan the scene of an accident as she drives by, she just can’t stop herself from looking.  Last week, Jeanine’s administrative assistant had to remind her on three separate occasions that she had appointments waiting in the reception area.  She’d been so engrossed in social media covering the elections that she hadn’t even noticed.

Lucas had a rough upbringing.  His mom left when he was just three years old, and except for a few contacts here and there over the past twenty years, he had no relationship with her.  His dad did his best, but was usually too busy working two or three jobs to make ends meet to provide much guidance himself.   Given how little parental support he received, Lucas feels a sense of pride that he has turned out to be a relatively functional adult, able to hold down his entry-level job at a local advertising firm.  And yet, relationally, he struggles.  Lucas finds that in intimate relationships, both friendships and romantic in nature, he inevitably reaches an impasse where otherwise normal, healthy conflict causes him to go-numb and shut-down, leading others to speculate he is unready for commitment.  His therapist friend told him he’s probably feeling “flooded,” and without even asking for a definition, Lucas instinctively nodded his head in agreement.  It was as if he reaches a certain point in discussion that he just can’t take anymore and withdraws, emotionally if not physically as well, often taking days to recover.  He wants to find a way to soothe himself and stay present long enough to make his way through important matters with friends and partners, but he really never had much of a template for how to support or be compassionate toward himself when he feels overwhelmed. 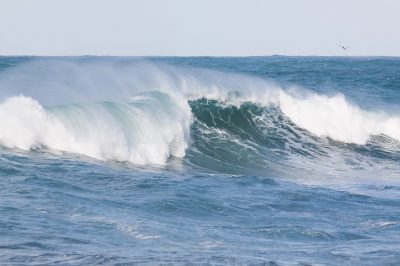 Am I Emotionally Overwhelmed?

Being emotionally overwhelmed can happen to anyone at any point in life for a variety of reasons.  Some people feel emotionally overwhelmed because the pace of life requires them to pay pay attention to so many different people, situations, and/or tasks.   Other people feel overwhelmed at the state of the world, feeling like things are on the fast-track to “hell in a handbasket.”  Still others are able to maintain their emotional state in many situations such as jobs or light social interactions, but find that the intimacy of deep friendships or romantic partnerships cause them to shut down and clam up.

Emotionally Overwhelmed: What Does it Mean?

People often describe the sensation of being emotionally overwhelmed using a variety of terms: stress, anxiety, fear, “overdosing on life,” etc.  One other common term often used by those in the mental health field is the sensation of being “flooded” or “drowning.”  Like someone fighting against a current that is just too strong, being emotionally overwhelmed is defined generally as the inability to cope with what feels like (and in actuality, may be) wave after wave of emotionally-provocative stimulus to the extent that they must emotionally and/or physically withdraw in order to regain a sense of safety.

Yes! Emotions, even strong ones, are a vital indicator that we are alive and engaged.  It is healthy to feel emotions and to be able to experience a vast array of intensities and types, so in that sense, emotions themselves aren’t problematic.

Instead, our ability to cope with emotions may itself be limited or damaged in some way.  People who have a strong reservoir for dealing with intense emotions typically experienced relatively safe, supportive environments as children.  Some others who are likewise capable of dealing with strong emotions may have benefited from counseling, religious or spiritual support, or mentorship that gave them the necessary scaffolding to develop a healthy sense of internal strength and resilience in the face of difficult emotional content. 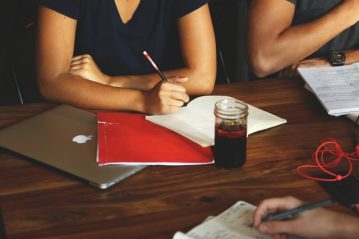 We might even go as far as to say that being emotionally overwhelmed is itself somewhat normal, if the events taking place in a person’s life or the world moreover are particularly powerful.  For example, many people have difficulty adjusting to transition.  And most persons struggle personally in some way when life is in a hectic or demanding season, or when national or international tragedy strikes.  But persons who have the healthy reservoir mentioned above are eventually able to bounce back and move on, and/or channel their emotional angst into something healthy and productive for themselves or the world.

On the other hand, persons prone to feeling emotionally overwhelmed inappropriately may be unable to move the locus of their attention back to the present moment, or to be able to positively channel their energy.  They may also feel emotionally overwhelmed at times when most reasonable people would observe that there really isn’t too much to be shook up about.  This may be the result of early childhood loss, sexual abuse, abandonment or neglect, abusive relationships, or PTSD.

How Do I Know if My Tendency to Be Emotionally Overwhelmed is Unhealthy?

The litmus test for the degree to which feeling emotionally overwhelmed is unhealthy is simple — is it disruptive to your life in some important area of career, relationships, or stability?  If you find that you are missing out on important relationships or activities, having difficulty in communication about what’s transpiring for you, interrupted in your ability to perform well at work, or are short-tempered, impatient, or withdrawn in your intimate friendships and romantic partnerships, chances are your struggle is problematic.  However, you are good!  The problem isn’t you or your person, but that the skillset of emotional resiliency simply hasn’t been developed yet in you.  Counseling will help!

Here Are Some Strategies to Manage Your Feelings of Being Emotionally Overwhelmed to Try on Your Own:

Our therapists aren’t just expert counselors – they’re agents of change!  They can help you reduce your feelings of being emotionally overwhelmed by validating and normalizing your experience, providing a safe, therapeutic space to recover, and, helping you adjust areas of wellness, guiding you through practices of meditation and mindfulness.

Looking for counseling for feeling emotionally overwhelmed in St. Louis?