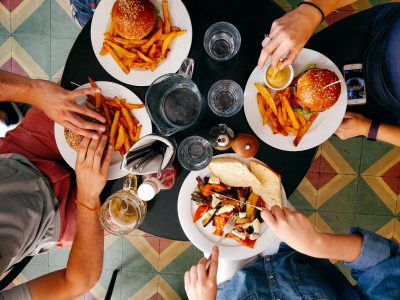 It was a typical night in the Jensen household. No one was talking, everyone probably should have been, but that’s just not how they worked.  And thanks were correspondingly tense, as usual.   Mom was in the living room watching TV, dad was on the computer, and John was upstairs in his room doing who knows what.  An argument had happened earlier in the evening at dinner involving all three of them, but instead of sitting down to discuss the issue, the family just let it ride.  It didn’t really work, but no one knew how to do something different.  The best they could muster at actual communication was the occasional passive-aggressive door-slam.

Having once upon a time been accused of being a doormat, Mary thought she had learned to be assertive with her co-workers.  Anytime she wanted something done, she would simply say “Hey!  Get this done now!” The truth is that Mary is acting aggressive — she never says please or thank you — just demands that her needs be met.  Her co-workers are getting sick of it, but the last time anyone brought it up, she became more aggressive and stormed out of the meeting.  She knew that didn’t feel right, but also didn’t want to run the risk of becoming a doormat again.

Jimmy lets things slide at home and work. Even when frustrated, he never tells anyone.  Instead of asking for what he needs, he just stays quiet and gets on with his work — “putting my nose to the grindstone,” he says.  This is a decent way to deal with things at least some of the time, but lately things at home have been more difficult because his partner is growing tired of his passive-to-a-fault demeanor.  Last she found herself yelling, “Don’t you have an opinion about anything?!”  The truth is that Jimmy doesn’t feel comfortable being assertive even when others are directly asking him to do so.  Even he isn’t sure why. 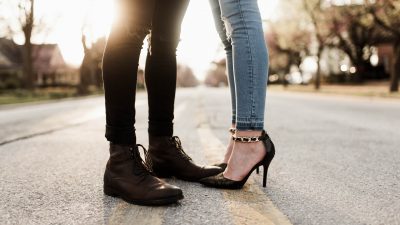 Laurie and Rhyne were on their way to a party, anticipating a great night out as it was the first time in months they’d scheduled some time together without their kids.  The drive was about a half an hour and they were looking forward to using the time to talk and connect ahead of time.  About half way through the drive, however, Rhyne asked Laurie a question that sounded familiar: “Why are you angry right now?”  This wasn’t the first time Rhyne caught Laurie off-guard with a question like this — he frequently said things of this nature, so she asked for clarification.  Rhyne explained, “Well, we’re having a conversation about this important thing — your words are fine, but your tone of voice and volume would seem to indicate you were mad.  I’m trying to figure out why, or if you’re mad at me, or if I can help somehow.  Or I suppose it’s possible I’m misreading it, but it seems like what’s coming out of your mouth doesn’t match up to the words you are saying.”  Laurie felt as confused as ever.

What does it mean to communicate?

In the bustling city and surrounding counties of St. Louis, we devote most of our day to exchanging important information with others.  We do this primarily in two types of communication.  By exchanging verbal and non-verbal information a plethora of relationships are formed.

Verbal communication can be understood through oral and written words.

Sometimes verbal and non-verbal communication can be in line with one another — we call this “congruence.”  If your friend says they are not mad at you while giving you a big hug, you would assume that they are being truthful. One the other hand, what if their arms were crossed, they didn’t give you a hug, and their tone of voice was harsh?  Verbally, your friend may be communicating that they aren’t mad, but their non-verbal communication tells the opposite story. This is called “incongruence,” and it can lead to any number of problematic responses from yourself and others if not attended to and worked through. 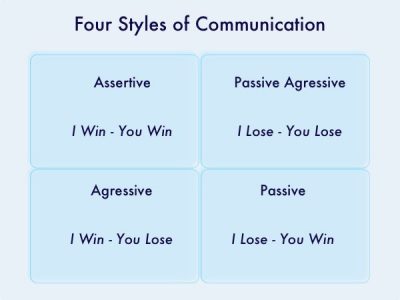 What are the styles of communication?

In addition to the two types of communication mentioned above,  of are four communication styles: passive, passive-aggressive, assertive, and aggressive.

Passive: This communication style centers around the idea that you have to please people to achieve what you want. Individuals with passive communication styles do not voice their opinions as often as they would like to. Many times they believe that others’ opinions are more important than their own. Consequently, passive individuals put themselves down and act submissively to peers.

Passive-Aggressive: In public the person may appear passive, but inside the person feels resentment/anger/irritation towards others. Communicating in a passive-aggressive manner usually comes off sarcastic and can hurt others’ feelings — the passive-aggressive style of communication is inherently incongruent — saying one thing with words, but implying something else with tone of voice, volume, or additional words which contradict the others. A great example is when someone gossips about their friend. The gossiper does not use let their friend know how they are really feeling. Venting to others seems like the only way they can express their irritation.

Assertive: This is the optimal communication style. Assertive communication focuses on letting people know what you need, without demanding that the need be met or becoming passive, passive-aggressive, or aggressive if it isn’t met. An assertive communicator uses “I feel” statements, directly asks for what they need, and apologizes when appropriate. When you are assertive, peers feel more comfortable around you.

Where the Rubber Meets the Road

No doubt as you read through the above list, you found yourself and those with whom you communicate.  The important thing to remember when identifying where you and others fall along the 4 styles of communication is that while we surely have a more dominant or preferred style, all of us use all of these approaches from time to time.   For example, this means that even if you are mostly assertive, there are likely times when you become aggressive or passive-aggressive.

What’s more, this isn’t to say that there is never a time for at least the “passive” and “aggressive” styles of communication.  For example, when you are in danger, it may be strategic to communicate passively only.  Likewise, if you are in a hierarchical position and an employee or subordinate has repeatedly failed to respond to your attempts to communicate assertively, you may have to take a “my way or the highway” approach in a last-ditch effort to prevent them from being fired.

But still, most of the time, the assertive approach is applicable in most situations, and if it isn’t successful, the appropriate choice of behavior is unlikely to be switching communication styles, but seriously considering whether the relationship you’re in can continue.  And/or, if it can continue, or if it must (say, with a co-worker), it may be worth it to consider whether you should insert additional psychological distance to protect yourself from injury, such as by asking to be re-located or asking to be assigned to a different team.

One: Remember to use “I” statements when communicating your needs, wants, and desires. By saying “I feel sad when you do that,” or “Each time you walk away during our conversations, I think that you are going to leave me and I panic,” you are being assertive.  This doesn’t necessarily mean that the situation will be resolved or that your communication partner will be capable of responding in kind, but it greatly helps when you own your side of the equation.

Two: Sometimes it is good to take a break from the communication. Instead of letting things escalate, try to separate for about 30 minutes, or longer if the situation is more triggering. Take a walk, do some deep breathing, or journal your thoughts and feelings. Once you have cooled down, come back and try working through the communication barriers.  If the cycle starts over, be willing to stop and live to fight another day.

Three: If you are working for a company, and communication is failing, ask if team-building activities can take place. Maybe take a rock climbing class, have a game day, or have a team-day that is led by a counseling consultant to increase assertive communication.

Four: Consider that psychological or physical distancing (ex: spending less time with a person or changing jobs) may be necessary, even though you haven’t done anything wrong, per se.  You may not like it or feel like you “should have to” move on, but if a situation is distressing enough, it may be time to look in new directions.  Something wonderful and new may be in store around the corner!

Five: Learn to accept the reality of communication failures.  Relationships are complex, as is communication within them.  This is something most of us have a hard time accepting in others, particularly if they are communicating poorly with us about things that are close to us around our relationships, jobs, or identities.  We’ve learned our styles of communication primarily from our families of origin and other traumatizing or simply impacting life experiences.  We didn’t learn them over night, and we won’t unlearn them over night.  Both you and the person you are communicating with need latitude and grace and time to make things better.

Our therapists aren’t just expert counselors – they’re agents of change!  Change, Inc. St. Louis counseling can help you not only reduce fighting and misunderstanding in communication, but also improve it to the point that real, tangible progress can be made toward a more lasting and satisfying style of relating.