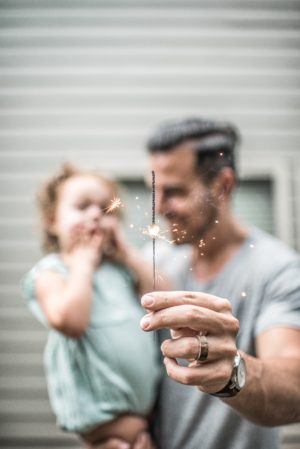 Dave appears to be the perfect stay-at-home dad, and others are always raving about how he seems to just love to help everyone!  He is the lead soccer coach, the treasurer of the PTA, a full-time cook/cleaner/dog walker for his family, and in his spare time (??!), he volunteers at the local community center.  Is he exhausted? Absolutely! Does he sometimes feel used, manipulated, and overwhelmed?  You bet!  Does he sometimes long for the days when others will finally ask how they can help him?  Definitely.  But is he about to let anyone in on these secrets? Absolutely not!  He doesn’t want anyone to know how he really feels because others may become angry at him, and ultimately, Dave just can’t accept that.  So he continues to work hard to manage the way others feel.  Half the time it doesn’t even make sense to him.

Nancy is shocked that her daughter, Jennifer, was suspended for inappropriate behavior at school — she used several four-letter words to refer to her teacher after being corrected on a particular assignment.   Nancy’s shock was understandable — after all, Jennifer generally presents as a well-rounded, mature young woman and typically gets stellar grades.  After they talked through the incident, however, Nancy realized for the first time that objectively,  her “perfect daughter” is under a great deal of pressure to please everyone.  While their intentions are good, no one really ever asks Jennifer what she might be needing, whether she is feeling overwhelmed, or how they can help.  Instead, it tends to be one series of expectations to meet after another.   The difficult part is that Jennifer gets all kinds of fluttery feel-goods whenever she meets someone’s expectations — she thinks she is special, and feels wanted and a part of something bigger than herself.  So, both to keep others from being upset with her and to keep her “special” status with everyone, until now, she has never complained.  Maybe if she started speaking up more often, she wouldn’t get so overwhelmed.  But then, how would she feel special?  And how would she learn to manage her own feelings?

Rick is frustrated with his roommate. He keeps helping him no matter what the arena — finances, introducing him to friend groups, psychological support, etc. — but feels he gets nothing in return, and in fact, has begun to notice that his roommate never even seems to think of him at all.  For instance, last month Rick bought his roommate groceries, and not only has he not offered to reimburse him, he never even said “thank you!”  Of course, Rick hasn’t asked about reimbursement because he thinks he roommate should just know that he needs to be reimbursed.  This is somewhat of a trend for him — his friends and romantic interests have often remarked that Rick expects others to “read his mind.”  At any rate, Rick is starting down the long and windy road of getting back at him passive-aggressively, and though he can barely admit that to himself, he knows it isn’t going to end well. 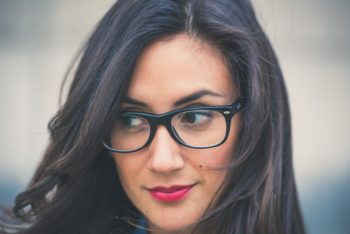 Am I a people pleaser?

Take a second and see if any of these statements apply to you:

If one or more of the above apply, chances are you are engaging in people-pleasing!  Read on to be sure. 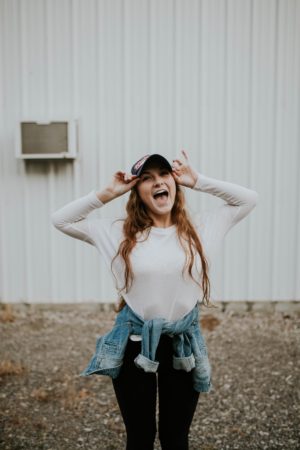 Why does people pleasing occur?

Reason #1: Fear of failure. Fear of failure is simply being overwhelmingly and often irrationally afraid of failing, to the extent that the person takes on more and more until they are at best, practically overwhelmed, and at worst, dangerously unhealthy psychologically or physically.  Ironically, this often leads directly to failure at some important task(s).

When someone fears failure, they may have thoughts like “If I don’t complete this task perfectly, my boss will begin to think that I’m a slacker and they won’t find me interesting/important/note-worthy anymore.” These thoughts begin to take over and the individuals’ anxiety will steadily increase into uncomfortable levels. Sadly, the individual will do everything they can (overworking, constantly saying yes) to reduce their anxiety. When their work is praised, the individual may negate it to make sure that they don’t fail in the future. If the individual tells themselves that their work is subpar, then they will always over-perform to feel some worth.

Reason #2: Fear of rejection.  Fear of rejection means that an individual is overwhelmingly and often irrationally afraid of others rejecting them, typically leading to all manner of maladaptive coping strategies.  Typically, it can lead to taking on more and more in an effort to keep someone else from having bad feelings which are feared to eventually come flying at the people pleaser.

Fear of rejection may result in thoughts such as “If I say no to this person they will become irritated and abandon me.” Those who fear rejection become preoccupied with the idea that if they don’t take care of their friends, co-workers, family members they will end up alone. This fear results in large amounts of anxiety and a tendency to be overly sensitive to others’ emotions. They may perceive that if a loved one is having a bad day, it is their fault and they must do everything in their power to reduce the negative emotions.

The tricky part about people pleasing is that at face value, it appears they always place others’ needs and wants over their own.  And it is true to some degree — by definition, people pleasers are trying to keep others happy (often impossibly so), and early childhood experiences (abuse, neglect, and bullying) may be an important point of origin in an individual’s people-pleasing behavior.  Or, if a child’s worth was placed on their academic, sports, or external achievements where failing meant a decrease in worth to the family system, that too can set off people-pleasing tendencies.

However, the more subtle layer beneath all of those efforts to keep others happy is that, ultimately, people-pleasers themselves may be in fact often making one of their own needs — the need for others to be happy and distress-free, and often, to approve of them — first and foremost above all else.  In fact, they do this so much that all of their own needs — including quite often their physical and emotional health — must fall subservient.  In essence, people-pleasers may have developed a rule that says, “Others are not allowed to be unhappy (think poorly of, be upset with, etc.), and certainly not unhappy with me, because I am distressed when that is the case, and I do not wish to be distressed!!!”  They often develop this rule as a result of those early family experiences we mentioned above — i.e., when they were young, they uncritically accepted the evaluations of others (for example, a belittling parent), and felt greatly overwhelmed byt their own internal distress.  So, they set upon a lifestyle of keeping others happy…in order to keep themselves happy.  Typically, this is subconscious, or they may be altogether unaware.

In other words, altruism is a label we can apply to someone who works toward the happiness of others as an ends in itself.  An altruistic person is vested in doing good things for others, but recognizes that ultimately, they can’t control the outcome.  They aren’t terribly attached to much but their own effort, and are willing to do nice things even when others don’t reciprocate or even notice.  People-pleasers, on the other hand, typically work toward the happiness of others in an effort to manage their own distress (remember the “rule” above), and thus, are extremely vested in the outcome, and often deeply resentful and hurt when others aren’t as happy as they think they ought to be.

Why?  Often it’s because people-pleasers then feel left with their own distress, and they may have underdeveloped coping mechanisms to resolve it within themselves. 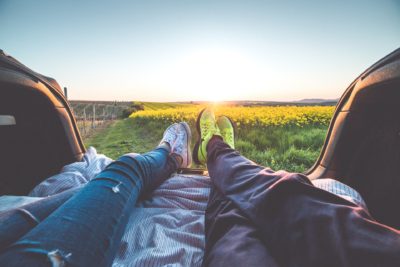 If the above rings true for you, don’t worry!  A Change, Inc. St. Louis counselor can help!  For now, here are some ideas to work toward on your own:

Our therapists aren’t just expert counselors – they’re agents of change!  They can help you with learn to own and manage your own distress, and to be free from that compulsion to constantly please others!