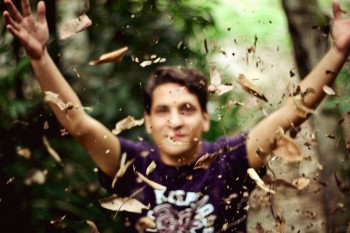 Zack is 28, and successful by many counts.  He’s intelligent, has a host of friends, and just finished his first year of PhD work.  And…he has never had a relationship last longer than six months. Right when things start to get serious, he comes up with something about his partner that he doesn’t like — something that has been there since the beginning, usually within his conscience field of awareness, that he moves from the “acceptable” column into the “deal-breaker” column.  This has happened three times in the past twenty-four-months alone, and every time it does, Zack wonders whether he’ll be alone for ever.  He thinks that he wants to be in a serious relationship, but has virtually no insight into why he gets so picky around the six-month marker.

Starting what will be her sixth year of college, Jennifer is wondering why she can’t seem to just find a major that she likes.  She’s tried most everything within her field of interest — psychology, english, theater, and even history, which she liked more than anything else, but when it dawned on her that her only possibility for a long-term career was teaching, she immediately felt deflated and lost motivation for continuing.   When asked to explain why she’s having trouble, Jennifer says that is seems as that she can’t pick any single major without knowing that she’s going to be permanently happy within it — otherwise, what’s the point?   Moreover, how can she just one major when to do so is to limit herself from others which she might be more happy in?

Gabby has always enjoyed the thrill of courtship. She thinks it is fun to figure someone out and learn who they are.  Her former partners confirm that the initial relationship period with her is marked by mystery, intrigue, laughter, and white-hot passion.  She is known for spending hours upon hours with new loves, pouring over their mutual hopes and desires, figuring out what makes them tick.  Inevitably, she is so caught up in enjoying the moment that she begins plotting and planning for all the trips they can take together, the people they’ll meet, and the life they’ll lead — outloud.  Her partners are thrilled at the thought and begin to “fall in love.”  But shortly thereafter the excitement wears off.  And Gabby finds herself bored, looking forward to the next relationship, and getting more and more distant from her partners (who are usually genuinely baffled) — she stops returning calls and texts, unfollows/friends on social media, and generally drops off the face of the earth.  When she finally resurfaces weeks or sometimes months later, she contacts her partners to apologize, and typically explains that she is simply too busy to settle down right now.  But even she isn’t convinced.  If that’s so true, then why does it look the same every time, and why does she have to leave a wake of devastated lovers in her path? 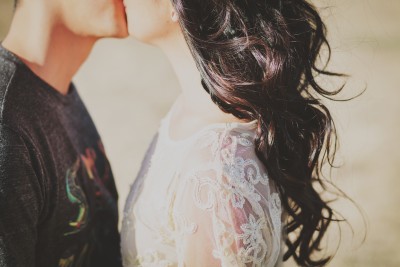 Why People Struggle With Commitment

Commitment issues can be benign — it is true that sometimes people simply aren’t ready to commit developmentally or logistically (e.g., new job, still in school).  But there is never a completely ideal time to start or maintain a relationship, and when commitment issues are recurrent themes in someone’s life, chances are that they originate from a place of pain. Often, commitment issues in St. Louis can be the result of being very hurt or disappointed in a major relationship early in life with parental figures, friends, teachers or mentors, or early romances, including (ands sometimes especially) those in our teen years, which we tend to dismiss intellectually as having been “not that big of a deal.”

All of these can cause major dysfunction in our lives because, quite simply, we’re simply wired for connection.  According to UCLA Psychology professor Dr. Matthew Lieberman, “Across many studies of mammals, from the smallest rodents all the way to us humans, the data suggests that we are profoundly shaped by our social environment and that we suffer greatly when our social bonds are threatened or severed.”   When this occurs, our natural longing for deep connection is paired with a very understandable fear, which ultimately produces confused behavior.   Attempting to be in a serious relationship with someone who has commitment issues can be very challenging in this sense because of the enormous energy required to strike a balance between these opposing forces.   All too often, without more concentrated help such as counseling for commitment issues, the relationship just can’t work.

What’s more, when our struggles to remain committed seep into other areas of our lives, we may find ourselves not only hopping from relationship to relationship, but from major to major, school to school, and/or eventually, from job to job.  And before you go citing statistics, while some research has pointed to the notion that we’re more likely than ever to have a number of jobs over the course of a lifetime, a good bit of research has also contradicted that.  There is a difference between exploring a variety of options and wandering aimlessly from one disconnected job, life event, or relationship to the next.  The difference — the real difference — can be found by asking yourself this simple question: “Am I really satisfied by my wandering, or is in fact symptomatic of a deeper problem in me?”

Why Commitment is Worth Working on

Having an endless stream of terminated relationships is lonely business. Once you are ready to acknowledge that you struggle with commitment, you are on the road to learning how to experience them meaningful and healthy relationships. It does require a bit of a “leap of faith” to start working on commitment — remember, your innate fear of being limited or of being hurt will have to be dealt with.   But you can experience the comfort and rewards that come from being in a long-term, loving and stable relationship. 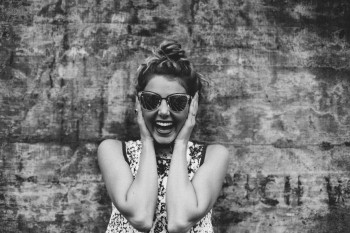 A Note to Those Continually Dating Persons with Commitment Issues

It is worth noting that there are particular signs that you are in a relationship with someone who has commitment issues — a few of them are listed below.  If you find yourself regularly and/or repeatedly dating people with commitment issues, this may be tough to hear, but it’s worth investigating whether you have commitment issues yourself, and/or whether you are continually playing out your own fear of abandonment, where you are prone to be in relationships with those who are, ironically, likely to abandon you.

Signs that you are in a relationship with someone who has commitment issues:

Is Counseling for Commitment Issues in St. Louis Really Necessary?

Alright, so you’ve got commitment issues — you admit it!  Now what?

It’s important to determine at the outset whether you’re ready to work on it.  Ask yourself, “Is this really a problem?”  This is a worthwhile venture because counseling isn’t necessary if you’re satisfied with the life you’re leading.  We might call people who are only interested in casual dating “commitment phobic,” but that isn’t fair so long as they’re doing what they want to do. In other words, counseling for commitment issues is appropriate whenever you aren’t committed to longterm relationships, but you really, really want to be.  It can also be helpful for people who aren’t necessarily interested in long-term relationships, but would like to find out how they can stop hurting their partners, and be more honest so as not to promise things they can’t deliver on in the heat of the moment.

Here are some additional suggestions you can try:

Our therapists aren’t just expert counselors – they’re agents of change!  They can help you gain insight into your struggle with commitment issues, and reduce your fears of relationships by improving your thinking, helping you adjust areas of wellness, and guiding you through practices of meditation and mindfulness.  You can experience satisfying relationships that don’t leave you or others injured.