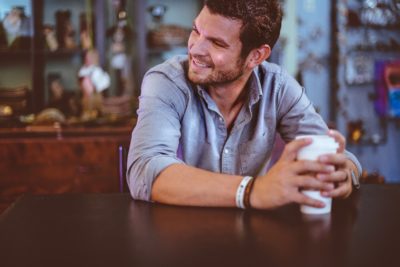 Antoni had his first panic attack recently at his friends’ wedding. It seemed to come out of nowhere – his heart racing, breath quickening, dizziness – and he ran to the bathroom to avoid embarrassment. Antoni’s boyfriend, James, met him in the bathroom and tried to comfort Antoni until the attack passed. The difficulty is that Antoni felt confused about what had happened, and was surprised when James called it a “panic attack.”  He even had a hard time understanding how what he experienced could’ve been “panic” — it didn’t feel like he thought that word was supposed to feel. He was enjoying a beautiful wedding of two of his best friends with his partner and nothing seemed to be wrong – what happened?

Clare is a kind and quiet woman who seems to get along with everyone easily. Her friends describe her as calm and easy-going. Clare always goes along with whatever plans her friends make, and never really voices her own wants/needs because she figures she’s just happy to spend time with them. In fact, she voices her own wants/needs so infrequently that she is often uncertain what they are.  Clare received a variety of influences early on through school, church, and family that taught her that women should generally be pleasant and fun, and take special care not to be burdensome. She’s certain those influences are related to why she often is unable to identify what she thinks or feels, or why she is reluctant to voice them even if she can.

Cory’s new girlfriend wants to be in an open relationship with him, allowing each of them to seek outside partners and intimacy. Cory feels something stirring inside him when she brings this up, but ignores it because he wants to please his new girlfriend. Weeks go by and Cory’s girlfriend has been seeing other people, but Cory has not. Whatever was stirring inside him previously is still there and it’s not going away with time. Cory doesn’t want to limit his girlfriend’s self-expression, but is certain he’s going to have to address his own nebulous feelings if he is to get to the bottom of this.

Emotions play a role in each of these scenarios. Imagine that perhaps when Antoni was able to play back the evening in his mind and discuss things with James, he might’ve realized that he had a fear that he and James would never get married like their friends whose wedding they were attending.  Imagine that perhaps Clare has been suppressing her own needs for so long that she is often unable to snap out of her early training about women. And imagine that Cory has some mix of fear and jealousy inside of him that he is not addressing in order to “please” his new girlfriend.

To really understand emotions, it helps to start at the beginning. Like, the beginning of humanity. Our brains are complex, but one common theory describes our brains as having 3 main parts: 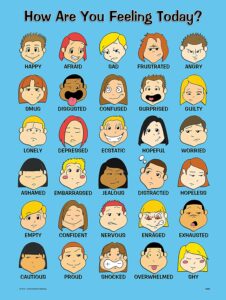 According to evolutionary biology/psychology, the emotional brain developed about 150 million years ago in earlier mammals and other animals. Our emotional brains generate both feelings and images in our bodies and minds. Neuroscientists have described 7 core emotions that humans experience:

These scientists believe that any other feelings people describe, like jealousy, love, or frustration, for example, are either other names for or combinations of our 7 core emotions. For example, love may be a mix of excitement, sexual excitement, fear, joy, and possibly other emotions.

Each of our core emotions has an adaptive purpose and an impulse, a collection of physical sensations, and accompanying energy.

The purpose of each emotion comes from hundreds of thousands of years of evolution of humankind. Paying attention to emotions helped earlier humans survive, and they are just as useful to use humans today in 2019.

The accompanying energy of each emotion moves us toward these adaptive goals. For example, we can release angry energy by fighting, throwing something, or attacking. We can also allow the energy of excitement to move us closer to our dreams or goals.

Noticing these sensations and naming the core emotion is the beginning of understanding your own emotional territory. Everyone experiences these core emotions, but everyone is also unique and emotional sensitivity lies on a spectrum.

How Do People Become Emotionally Confused or Unable to Name Their Emotions?

There are any number of ways that persons end up being emotionally confused or unable to name or give meaning to their varied emotional experiences.  Often, it is some combination of these kinds of reasons:

The Importance of Emotions in Relational Life

As you’re probably aware if you’re reading this article, the difficulty of not being able to fully name, feel, or understand your emotions and emotional experiences is precisely that they typically have meaning, and as we said above, they often are telling us something that includes an action-imperative.  For example, a manager who routinely feels uncomfortable during interactions with an employee may have emotional content with any of the following meanings and corresponding action-imperatives. 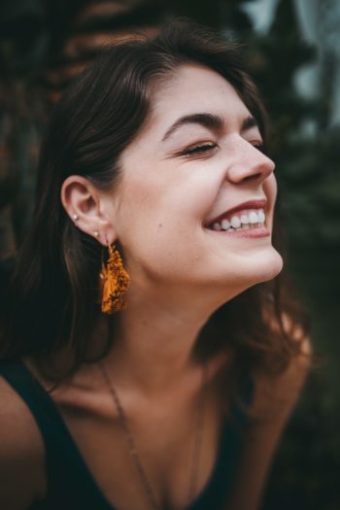 The point is that it is common psychological wisdom that feelings are rooted and meaningful, but that the meaning itself is often key to knowing how to proceed.  It’s not hard to see that if one cannot name one’s emotional experiences, one will naturally struggle to make meaning of them.

You don’t have to be trapped in a cycle of experiencing confusing emotions and not knowing what they are or what they mean!  Let us help.

How do we begin to break the negative cycle and learn to name, feel, and understand our emotions? The answer is simple — with help! Counseling can help people develop a better repetoire of emotional words and knowledge, and thus, better cope with difficulties.  Counseling provides non-judgmental support and help, and examines the underlying causes of emotional confusion and allows clients a safe space to workout possible solutions to problems.

Even if you’ve been emotionally confused for so long you’ve feel you’ve forgotten how to live, we think you’re ready to draw a line in the sand.

You’re not alone.  We can do this together.

Looking for help understanding your feelings in St. Louis?