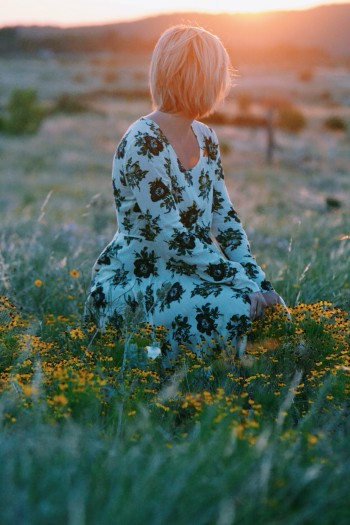 Ramona has felt uncomfortable in her body since college. When she catches her reflection on store-front window or sees herself in a picture on someone’s Facebook wall, she hones in on her imperfections and picks herself apart, even though she knows that others don’t look at her nearly as closely as she does.  This was all well and good for her to manage on her own historically, but now that Ramona a mother, wife, and full-time publicist, the pressure to appear beautiful and thin is even greater.  She thought she was handling things well until she recently saw her nine-year old daughter staring in the mirror and sucking in her stomach the way that Ramona does some mornings.   It was sobering.   Ramona wants something better for her daughter.

Chloe is a tenth grade honors student, captain of her soccer team, active in the church youth group, and a frequent volunteer at the local animal shelter.  Others are always telling her how beautiful and talented she is, but she has a hard time receiving their praise, often negating it before accepting it by saying things like, “No I’m not, but thanks.”  But others don’t know the half of it — Chloe actually thinks she is ugly and obese.  It’s downright odd how much her self-image contradicts what she hears from others, but they just can’t seem to penetrate the shell.  Even on a clinical level, her doctor has told her that her weight is low compared to other girls her height, but Chloe thinks that her “big bones” make her look larger than other girls her weight.  At the core of all of this undue concern with weight and beauty are some secrets Chloe hasn’t ever told anyone.  From those secrets, she’s developed a way of dealing with life — is she could just be attractive and thin enough, everything will be okay.   But it’s not.

After recently breaking up with his boyfriend, José’s friends are concerned about him.  He’s reasoned that he probably isn’t getting asked out on any dates because he is too fat, in spite of the fact that he works out every day and watches what he eats, and has a BMI consistent with his height. When his friend MaryBeth recently confronted him about his increasing obsession with losing wait, he blurted out, “I wouldn’t want to date someone fat like me so why someone else??!” before bursting into tears and storming off.

Negative body image can occur for a number of reasons. Commercial and social media peddle messages that tell us that we are not thin or pretty enough, and hold up impossibly high standards of beauty, often ones that have been forged by photoshop and digital effects.  Hearing and seeing these unrealistic messages repeatedly can take a toll on self-image. In a society that prizes unrealistic beauty as the standard for us all, it is easy to start to believe that our physical appearance determines our worth.  To learn just how pervasive these media messages are, take a look at this trailer for a staggering look at media influence by Dr. Jean Kilbourne, entitled, Killing Us Softly.

Other causes for negative body image are necessarily less straightforward.  Some persons with negative body image have been sexually or physically abused and formed a response that internalizes that abuse and generalizes it to them at large, causing them to believe that they are “bad” or “dirty.”   Still others have developed unhealthy relationships with food and/or eating which are an outgrowth of issues with shame or control, and negative body image develops alongside these things.

The Role of Self-Esteem

Self-esteem plays a major role on your body image. When we feel good about ourselves, we’re often unafraid to explore who we are and accept what we see.  If we have high self-esteem, ironically, we find it easier to identify things that we want or need to change because they don’t threaten us.  Correspondingly, we can objectively appraise our bodies according to realistic standards and set and achieve measurable goals for fitness.  On the other hand, when we’re already down on ourselves, struggles with body image can have a bit of a compiling effect.  We don’t like who we are, and correspondingly, we often don’t like how we look.

Some Ways to Develop a Positive Body Image

Our therapists aren’t just expert counselors – they’re agents of change!  They can help you change your internal conversation, focus your attention in the present moment, and learn to appreciate yourself and your body.

Looking for help with Body Image Issues in St. Louis?