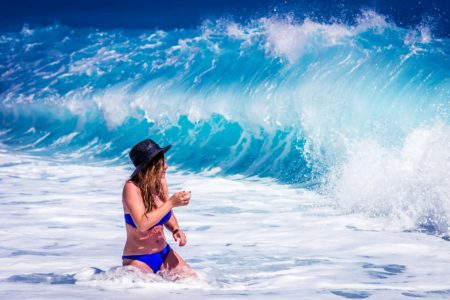 Emma was graduating college in the coming months, excited and, so she thought, ready to face life head-on. Her parents, on the other hand, were thrilled she was reaching the milestone of graduation, but kept remarking on her lack of self-sufficiency.  Tired of their warnings about “the real world” which awaited her, Emma finally asked in no uncertain terms exactly what they were referring to in a discussion that became a fight.  What did they mean?  Well, Emma didn’t pay her own rent, car payment, insurance, or cell phone, and often still relied on her parents to buy clothes when they visited her at school.  On top of all of this, Emma has never been good about regular doctor visits, taking medication as prescribed, or managing her checkbook.  Her parents just couldn’t see how they could sustain things like this any longer, and they’re worried it may ultimately indicate the possibility of a “failure to launch.”

Raul is 35 and still lives with his parents. He makes enough money to live by himself, but he always has excuses for why he doesn’t “fly the nest.” His depression and anxiety are progressively getting worse, and his coping strategy is primarily smoking pot and playing video games.  Frankly, his parents worry that he will end up alone.  If the present is any indication of what is to come, they’re probably right.

Mia completed her bachelor’s degree in psychology this past May and wants to relax for a few years and just work.  Of course, due to her financial situation, she has moved back home.  To her parents chagrin, she took a job at a bakery rather than looking for psychological work with one of the local agencies.  Or, perhaps more accurately, Mia looked but thought the jobs would be too much work for too little pay.  On the other hand, she loves the bakery, and she seems to genuinely have a knack for baking — especially pastries!   She is being responsible with her money, and each paycheck brings her closer to moving out. She can almost taste the freedom!  Her parents have said at least half a dozen times over the past few months that they are fine with her living at their house, and would prefer she remain there and apply to local graduate psychology programs so that she has a “career with a future” rather than moving out and continuing to work at the bakery.  They even offered to  pay her application fees and living expenses if she goes to grad school.  The financial support does sound like a great deal, but she just wants some freedom from textbooks!  Mia’s parents are genuinely supportive and don’t realize that their offers of conditional support are often experienced as pressure to do what they want rather than a presentation of possible options.   Mia wants to do what she prefers, but also wonders why the heck she went to school for psychology in the first place if she isn’t going to work in that field.  She needs someone who doesn’t have a vested interest in the outcome to talk to.

Oliver was married for about 4 years to the love of his life, but things ended suddenly not quite two years ago after he discovered she’d had an ongoing affair with a co-worker.  When he confronted her, she sobbingly told him that she never could quite connect with him and that she felt his growth was stunted and that he still acted like he did when they were in college — he stayed up late on the computer all the time and didn’t make much time for the two of them to be knit together as a couple.  Though her complaints were legitimate, Oliver’s ex had never really presented these things to him in any kind of comprehensive, “flashing neon sign” sort of way, so Oliver felt totally lambasted and devastated — he would have tried to change had he known how dissatisfied she was, but he felt he never got the chance.  Oliver has been profoundly depressed since then, and to make matters worse, although it grows out of a legitimate desire to help, his parents have been meddlesome.  While he needed their support in a very acute way immediately after the divorce due to crippling depression, to date nearly two years later they’ve given him an opinion about everything from his jobs, his friends, his housing choices, and lately, whom he dates.  They’ve even tried to strongarm him into therapy once or twice.  A close friend recently suggested that there may be a connection between his “failure to grow up” (as his ex put it), and the historical somewhat enmeshed relationship he’d had with his parents, who had their own set of problems they seemed conveniently able to ignore so long as they focused on Oliver. 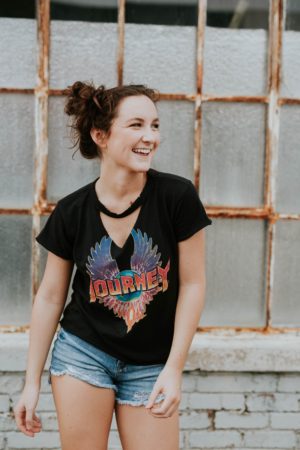 Growing Up Can Be Hard to Do!

Most of us have had some vision of ourselves as bonafide adults.  When we’re young, we dream about what jobs we’ll have, what places we’ll live in or visit, and who our future partner or spouse might be.  These are necessarily healthy ambitions.

As we get older, we discover what we want out of life. Our actual (as opposed to imagined) likes, dislikes, employment desires, and life goals manifest.  For example, when we are quite young, we may think professional wrestling is a good idea, but we’re likely to move away from our more outlandish ideas as we age, unless they’re really meant to be!  As we gain more insight, education, and experience, we enjoy a greater sense of choice and freedom about what we might like to do with our lives, whether that involves going to school, learning a trade, or simply getting a job to help make ends meet.  During these times, our anxiety levels may increase, but our internal and external support systems allow most of us to transition without overwhelming discomfort. Through trial-and-error, a strong sense of self is discovered! We may call our caregivers, or friends, and ask for their advice. However, our main support system is usually found within ourselves. Our families are still a large part of our lives, but they do not control our financial, emotional, or physical worlds.

On the other hand, the individuation process can be more difficult than this. Most of us know an older adolescent or adult for whom the differentiation process is incomplete, and the level of control and influence families wield seems to be disproportionate, and can’t otherwise be accounted for simply by cultural or familial differences.  Maybe it’s an adult who still lives at home, even though they have the money to move out on their own, an older adolescent whose parents still make decisions for them, or a twenty-something who is unduly involved in family affairs to the point of failing to take care of their own lives. Whatever the case, these individuals haven’t been able to “spread their wings” yet.

In these cases, the boundaries between the caregivers and adult/teen are not sufficiently formed and/or in place, and individuals are enmeshed with or fused to their families of origin, meaning they have not been launched or released (physically, psychologically, emotionally, intellectually, financially, etc.).  Sometimes this is a “failure to launch” on the part of the adult child, and sometimes it is a “failure to release” on the part of the parents.  But most often, it is some combination of conscious or subconscious participation from both sides.

Adult children in these scenarios have not yet fully developed into adulthood, and families themselves have often avoided some crucial turn (for example, parents may create this kind of scenario to avoid the “empty nest”).  This in turn creates a lack of assertiveness and/or anxiety on the part of the adult child, who often find they cannot or will not confront their caregivers when space is needed, typically because the external support from their parents outweighs their desire to become self-reliant.  In turn, parents who are often oblivious to their own role in this dynamic chastise the adult child and pronounce them defunct or immature in some way.  A vicious cycle forms as this pattern repeats. Individuals and families who have not completed the process of individuation may experience higher levels of depression, co-dependence, or anxiety. 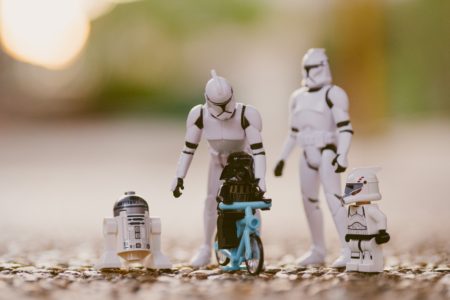 How Did Things Get This Way?

Throughout childhood, adults who are attentive to their children’s needs while at the same time encouraging healthy-risk taking and the gaining of independence are less likely to find the individuation process hindered, and of course, the converse is true as well — parents who are insecurely attached to their children and who discourage them from taking healthy risks to gain independence may find that junior is still living in the basement, eating Fruity Pebbles and playing video games all day.

Further, if the boundaries between child and caregiver are not well defined, the child may become overly reliant on the caregiver.  A mother and daughter may appear “joined at the hip,” and not think anything of it! Nevertheless, one may become upset if they feel excluded from the other’s plans. The caregiver-child become codependent on each other; they both need each other to sustain their emotional needs. As the child grows up, they may not know how to effectively self-regulate their emotions. They may be socially and emotionally inattuned to peers, and feel dissatisfied with life. Consequently, it will be important that they seek therapy to relearn how to successfully generate an internal-emotional support system.

Parents aren’t the only ones responsible here, however.  Certain children are by disposition more anxious and/or more risk averse, and thus more likely to avoid caregiver efforts to foster independence.  In these cases, parents must find healthy outlets for children to work through their anxieties and risk aversion, typically through connections to what author and psychotherapist Michael Gurian calls a “three-family system”:  a stable first family, a second “family” of three or more other adults who are or who become extended family, and a third “family” of social institutions (e.g., churches, civic organizations, etc.) that feel like tribes to which the children can belong.  These second and third families typically reinforce first-family-held values in a way that children are more receptive to or easier able to hear. 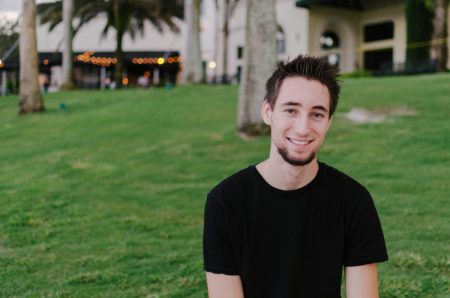 Our therapists aren’t just expert counselors – they’re agents of change!  They can help you improve your relationships by clarifying your goals, helping you adjust areas of wellness, and guiding you through practices of meditation and mindfulness designed to bring the focus and insight you need to move forward.

Looking for help with parents in St. Louis or St. Louis individuating from parents counseling?