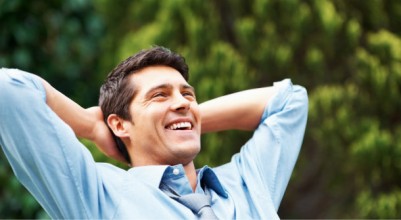 Ellis and his mother were very close growing up and he’d always considered their relationship healthy, in spite of the fact that when his father would become abusive, she was either nowhere to be found or otherwise powerless to stop it.  Though Ellis felt he was mostly healed from that traumatic abuse and had reconciled with his father, he couldn’t figure out why his dating life was still such a wreck.  With each new relationship, things started out like a rocket ship blasting off, but eventually came crashing down around him.  He’d meet someone, fall in love, and spend every waking moment around them or wishing he could be.  When there was even the slightest hint that things weren’t going well, he would ramp up his “relationship performance levels,” sending flowers and cards, and making grand overtures attempting to prove he could be the perfect partner.  But the result seemed always to be the same — his partners would eventually feel smothered and break things off, leaving him feeling abandoned and hopeless.

Amelia was born in rural Illinois where she lived with her family in utter poverty, scraping together just enough financial means from government assistance to get by each month.  At the tender age of three, her father abandoned her and her mother, forcing the two of them to move in with her maternal grandmother who was herself in dire financial straits.  In an effort to escape the throes of poverty, her mother moved to a large city several hours away when she was eight, leaving Amelia with her grandmother.  Things eventually stabilized for her mother, and she eventually sent for Amelia several years later, but by that point she’d become extremely close to her grandmother.  This marked the third abandonment she experienced by age twelve.   With each of these, she’d felt a sense of abject loneliness and depression.  Now, at the age of twenty, she’d finished two years at the local community college and moved to a large university a few hours away, only to be overcome with the same feelings of loneliness and depression she’d experienced as a child.

Although she never did terribly well in school, Cassidy felt that she’d finally found her niche in sales with a national pharmaceutical company where month after month she gained recognition as a top earner.  Subconsciously, she enjoyed that this line of work allowed her to develop ongoing, but rather “surface-level” relationships with customers.  After her husband left her without warning several years ago for another woman, she was finally on her feet and liked the fact that she could interact with other adults without having to dive too far in to her personal life.  However, according to her manager, she had frequent “personnel problems,” as she tended toward resentment rather easily and lashed out in anger at co-workers as a result.  It was almost as if she was pushing everyone away deliberately, refusing to allow anyone to get to know her for fear of what they might find out.  To make matters worse, her first post-divorce boyfriend of six months recently broke-up with her, telling mutual friends that Cassidy had “intimacy issues.” 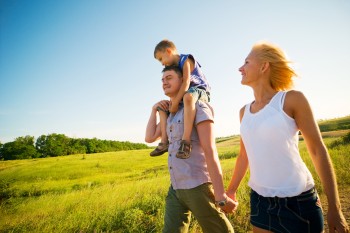 How Fear of Abandonment Develops

Most people are familiar with the ways in which the meeting our basic physiological needs as children is crucial to our well-being — at minimum, we need stable and consistent shelter and food if we are to be physically healthy and develop normally.  However, many people are unfamiliar with the ways in which the meeting of our psychological and emotional needs may equally important to our overall well-being.  When these needs go unmet, or when they are met inconsistently, feelings of abandonment can result.

For example, if parents or caregivers are unable to provide consistent support through the difficult years of early childhood or adolescence, if a parent or caregiver dies, or when physical or sexual abuse are present, children may feel lost and alone, and these feelings may leave a life-long marker on them to the extent that adult relationships are adversely impacted.  Patterns of emotional neglect or abuse can be equally powerful and just as traumatic as any kind of physical or sexual abuse.  When parents or caregivers are frequently absent, or conversely, when they are frequently present but ridiculing, holding unreasonably high standards, children are forced to grapple with meeting their own emotional needs, yet have precious few tools to do so.  Yet another scenario likely to produce feelings of abandonment is when a parent or caregiver “spousifies” a child, reversing typical parent-child roles and tasking the child with the constant emotional support of an adult, a situation which is likely to be experienced as overwhelming to any youngster.

Finally, adults may struggle with feelings of abandonment even when they may not have experienced abandonment as children.   For example, if an adult loses an intimate partner to death, military service or other career obligations, divorce, etc., difficulty in coping with these scenarios may result in fear of abandonment.  This is particularly true if the scenarios were experienced very intensely, unexpectedly, or repeatedly. In short, whether an act of abandonment occurs in childhood or adulthood, the affect can be long-lasting, and tends to negatively impact nearly every relationship that comes thereafter across multiple domains, including those experienced in intimate, social, or professional settings.

Counseling for Abandonment Issues in St. Louis is just a phone call away.  Connect with us now at 314-669-6242, or email contact@changeincorporated.org!

The Phases of Any Relationship

Though relationships are deeply complex and unique to the individuals participating at some level, their development tends to take on some familiar overtones.  As a rule, here are the basic stages that occur to one degree or another in intimate, social, and professional relationships:

1.  Just getting to know you…or am I? It is often said that someone first meets us, whether on a first date or a job interview, they are meeting our “agent” rather than us.  Indeed, in first-time meetings we are likely to dress, talk, or act differently than normal.  Though this may sometimes simply amount to “putting our best foot forward,” persons fearing abandonment may carry this too far, presenting an altogether different picture than what is typically the case.  On the other hand, some persons who looking for  St. Louis abandonment counseling lay out all of their negative qualities and baggage at the outset, hoping that if others are going to reject us, they’ll do so now at the beginning.  Either way, neither of these presentations is totally consistent with an accurate picture, because we are likely different on a day to day basis than either our most positive or most negative qualities could ever account for. 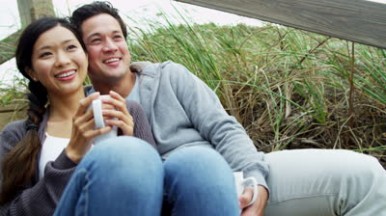 2.  The Honeymoon Phase: If we somehow make it through the initial meeting, it is likely because both us and those with whom we’re interacting have been willing to overlook some warning signs.  “After all, everyone has flaws,” we reason, and we choose to emotionally commit to a relationship with the other party, deliberately omitting evidence that might lead us to the conclusion that this isn’t such a good idea.  This time period is usually experienced as blissful, joyous, and happy.  On this basis, we begin to have feelings of safety and security.

3.  Reality sets in:  No matter how well we get along with an intimate partner, friend, or employer, the honeymoon simply must end at some point.  We all have the business of real life to attend to — job stress, sickness, family or friendship issues, financial worries, obligations — all of these begin to take their toll and the “agents” we met in stage 1 show up less and less.  In actuality, this is a very healthy, positive, and normal stage of a relationship because it begins to give all of the parties in a relationship a sense of what day-in, day-out life may look like.  However, for those fearing abandonment, this stage is horrifying, because it is precisely what they hoped to avoid by putting their best or worst qualities forward at the outset.  Since most of us realize this phase is inevitable, we may stay around to go through it, but if we fear abandonment, a constant battle of the mind is likely to ensue where we try very hard to contain our fears.

4.  Injury.   We’re all human.  We have flaws and imperfections, and even when they aren’t deliberately being projected onto someone else, we fail one another because we cannot possibly have others at the forefront of our minds at all times.  Slights occur, ranging from things as simple as unanswered phone calls or text messages, to more serious issues like canceled dates, needing alone time, broken promises, or careless words.

How Fears of Abandonment Impact Relationships

Once injury occurs, it often triggers intense feelings of abandonment for those who fear it strongly, even if the injury seems to others to be relatively benign.  They may become convinced that the slight is an indicator that a partner no longer loves you, a friend no longer finds you worthwhile, or an employer is getting ready to fire you. When feelings of abandonment are triggered, one of three possibilities (or some combination of them) occurs, depending on the sufferer’s coping style. 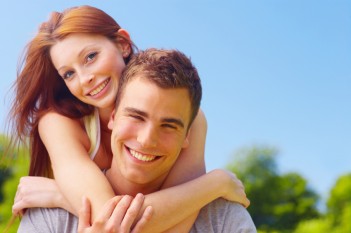 Some Healthy Tips to Implement Now

Our therapists aren’t just expert counselors – they’re agents of change!  They can help you work through your fears of abandonment, and get you on your way back toward healthy and vibrant relationships!