Jason likes everything just so. His house is immaculate, and he often jokes that he can eat his meals right off the floor.  His 6-year old vehicle looks and smells brand new, his closet is organized by color, then type of clothing, and so on.  He claims he’s at his best when busy, but concedes to close friends he finds it near impossible to ever truly relax.   Logistical and domestic issues don’t often present a problem, but recently he’s become aware how “in control” he is of his emotions.  He immediately dismisses himself anytime he feels any “negative” emotions like sadness, frustration, or fear, retreating to regain composure.  The difficulty is that he does this even in situations where his emotional responses are the reasonable outgrowth of just being human.  As a result, he often feels distant and disconnected from others, who wish he’d just “open up” a little.

Amanda is an expert organizer and planner. She has notebooks filled with to-do lists and detailed calendars filled with activities and tasks to be completed in the next six months. She prides herself on being prepared for anything, and by all counts, she is typically pretty successful. Most of the time, not only has she thought of a Plan B for anything that might go wrong, but those are followed by Plans C, D, E, and so on. It can be exhausting to put so much energy into having everything under control, but when asked about this tendency by others, Amanda claims it helps her relax and stay focused.  Underneath her cool and commanding exterior, however, she feels like everything would crumble if even one of her plans fell through.  Most of her coworkers and friends admire Amanda for her meticulous approach to life, but having recently started a new relationship, Amanda finds that she is incredibly frustrated by how out of control it feels.

Kavan is the consumate physician.  Diligent, detailed, in control, and confident…to the extent that he’s often received as being arrogant and narcissistic.  But in his line of work, these characteristics are expected and even rewarded — he was recently promoted to the head of an entire division of the behavioral healthcare agency he works for.  Yet, even if kudos come in from all sides at work, he’s left a wake of destroyed relationships in his path with colleagues and subordinates, and worse, significant others.  His romantic interests are immediately taken in at first, but use words like “angry,” “controlling,” and worse to describe his tendencies outside the honeymoon phase.  He’s finally made it to the 1-year marker with his most recent partner, but it hasn’t been easy.  She wants him to get counseling, but he doesn’t see how it will help.

What are control issues?

Control issues are an attempt to feel secure, safe, and powerful, which are, of course, all natural human needs and desires. What distinguishes folks with control issues from those with run of the mill human experiences is that when seeking security, safety, or power, it gets in the way of relationships or activities that matter. 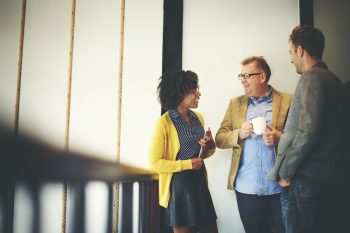 Where do control issues come from?

Most often, control issues emanate from early experiences where we our needs unmet and we felt profound loss and lack of control.  These often originate in early childhood through experiences with our parents.  Some of these experiences may qualify as abusive (while others may not), but we often aren’t familiar with labeling them that way.  When situations trigger the same feelings as adults, it feels perfectly natural to use coping mechanisms we may have originally stumbled upon when we were young, even if they don’t work very well.

A natural response to avoiding feeling abandoned, for example, is to keep as much as possible close and under your control.  The prevailing sentiment with this line of reasoning is that with everything and everyone under our control, we’ll insulate ourselves from being hurt or minimize the possibility of anything going wrong.  While this may have seemed like good logic to a 6-year old, it can end up being pretty devastating to someone approaching quarter or mid-life because, of course, we can’t control everything…at least, not without doing significant damage to some or all of our relationships, and ultimately, ourselves.  It’s normal to want to protect yourself from pain or suffering, but trying to control too much leads in time to anxiety, anger, relationship problems (including difficulty attaching or committing to others, or general communication problems), negative self-talk and self-image, and worse.

Control issues are complicated when we persist in them to our own peril.  It’s one (very unfortunate) thing when our control issues injure others, but often, they injure us as well.  Unchecked control issues often lead to profound feelings of loss as people in our lives are practically forced to abandon us for their own survival.  When they do or when they don’t, we may also experience loads of guilt about the things we’ve done in our misguided attempts to maintain safety and order.

Things are complicated further in that most of us don’t have a terribly large set of tools to deal with the loss, guilt, and other painful emotions associated with our controlling behaviors.  Many people use ultimately maladaptive strategies to “medicate” these feelings like drugs, alcohol, sex, gambling.  If this kind of behavior continues, we then lose ourselves trying to control not only others and our lives, but our damaging coping strategies, most of which have a distinct knack for being “uncontrollable” themselves.  People suffering in this way may develop what are known as co-occurring disorders, indicating the presence of a mental health issue (anger, anxiety, depression, etc.) and a substance addiction or co-dependent relationship. 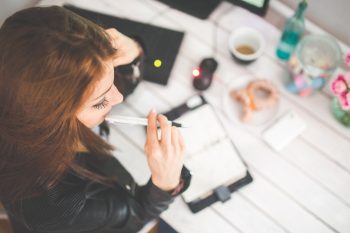 When are control issues a problem?

Obviously, some people have learned to manage their control issues in their adult lives, if in no other way by moving toward relationships and careers that reward such behavior.  For example, fields like therapy, project management, engineering, and medicine are full of folks who generally like to be in control but manage to channel most of their energies into productivity.

On the other hand, control issues may become a problem if you find that you are trying to control other people, or if you become rigid, inflexible, or emotionally unstable when things don’t go your way.  While ultimately you have to judge for yourself, when others regularly report to you that you embody any of these characteristics, it is likely that they’re onto something.   When thinking about control, it can be helpful to assess whether your desire for control is beneficial to your life or if it is actually controlling you (a scary thought if you have control issues!).  Ask yourself:

If you answered yes to even one of these, it may be time to look for counseling in St. Louis for control issues.

Why is giving up control difficult?

Perhaps this goes without saying, but if you are someone who wants to be in control, the last thing that you want to do is give up that control!  While we may be quick to label being in control “comfortable,” perhaps a better word to describe it if in fact it is causing problems is “familiar” — we know it well, even when it doesn’t work so hot.   The idea of letting go of control can feel like being out of control, but ironically, this isn’t necessarily true.  The healthy opposite of being in control isn’t being wildly out of control, but of being proportionately in control.   Learning this key distinction is, on the contrary, quite freeing.  It creates more breathing room, compassion, and flexibility in relationships with ourselves and those about us. 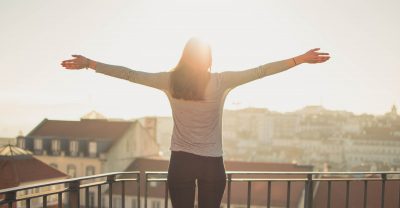 How can you work through control issues?

Our therapists aren’t just expert counselors – they’re agents of change!  They can help you understand your tendency to control, develop motivation to begin loosening your grip, and to truly experience the joy and freedom associated with proportional control.

Looking for help with control issues in St. Louis?