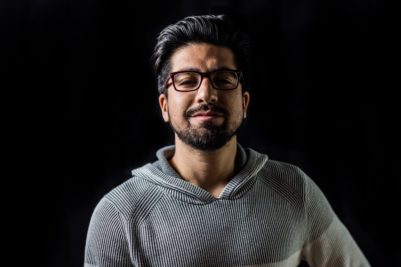 Brianna desperately wants to cut ties with her family but is so afraid to take the first step. Growing up, Brianna loved her parents so much, but she always felt that there was something wrong with her. This straight-A student could never do well enough in school, and anytime Brianna needed to rest after a long day her parents would hold it over her head. A friend had noted for her aloud one day that their messages seemed to have an element of cruelty to them, meaning they seemed designed to hurt her.  Internally, years of those messages have coalesced with her own into a somewhat relentless monologue of self-hate.  Most of the time she felt exhausted and drained trying to make she that no one notices how angry she is with her parents. Unfortunately, this usually spills out on people that she genuinely cares about. Brianna is curious what life would have been like if she had never experienced her parents’ intense emotional abuse.

Charlotte can’t stand her coworkers and is sick and tired of their “false” happiness. Every time she arrives at work, she just wants to get the job done and leave! Nevertheless, she feels bombarded by others who keep asking about her week or if she wants to get dinner sometime. Charlotte has never been someone who wanted a lot of friends and was called a “loner” throughout her academic career. Most people distance themselves from her because of her abrasiveness and lack of warmth. Although many wish to create a relationship with her, Charlotte doesn’t need others and could care less about having close friends. 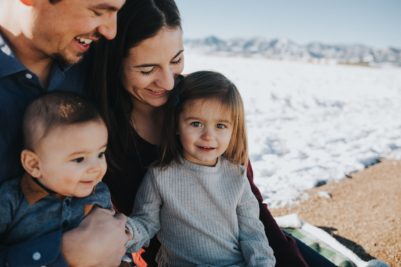 Although it may come as a surprise to some, the way we were treated at children directly affects the ways we interact with others later in life. Research over the past 100 years has shown that the nurturing patterns of our caregivers connects to our present behaviors, attachment styles, and potential insecurities around others. Two critical researchers, Bowbly and Ainsworth, discovered that children respond to their parent’s attention (or lack thereof) in certain ways. Bowbly concluded that responses to caregiver behavior were an adaptive evolutionary design to keep offspring safe and secure. If a child felt secure they would play and explore their environment, but if a child experienced attachment distress they would appear troubled and engage in attachment behaviors (e.g., clinging, crying, and intensely looking around).

Ainsworth took these ideas a step further in her radical experiment, called The Strange Situation.  She found that there are four types of attachment styles, conceptualized during her research by looking at children’s reactions to the following:

From there, 20% of children had an avoidant attachment with their parent. These children didn’t seem distressed when they were left alone, and then when their caregiver returned the children would ignore them. Interestingly, caregivers were usually disengaged from the childs’ activities, and researchers concluded that these children assumed that none of their needs would be met.

Another 10-15% were already anxious before the caregiver even left the room! Their distress would mount once the caregiver left them alone. Once their caregiver returned, these children couldn’t be soothed and appeared to want to “punish” the parent for leaving them.  In these cases, caregivers were neglectful at times, but also could be appropriately attuned to their childs’ needs. Due to the child never knowing if it would be ignored or cared for, it begins to believe that its needs may never be fully met. Researchers label these children as having an anxious-resistant attachment. 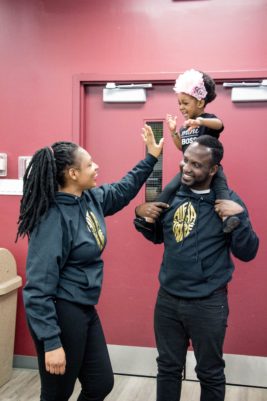 Why Do Attachment Styles Matter?

Plain and simply, attachment styles matter because they form the primary basis upon which we look to connect to others (or not) throughout our lifetimes.  In fact, research shows that attachment styles stay with us as we age. Hence, those with a secure attachment are more likely to seek comfort from peers and partners. They may be more comfortable with themselves and can soothe themselves adequately, but find support if necessary.  On the other hand, those with anxious-resistant attachment may experience stress or anxiety about a partner or friend leaving them. This concern may lead them to engage in behaviors to keep a significant amount of closeness to others (e.g., they may appear clingy to others around them). Their preoccupation may drive others away because they feel suffocated or too depended upon.

Those with an avoidant attachment would be described as distant individuals. They never become too close to others and don’t feel that they need others to care for them. Within relationships, their friends or partners may experience these individuals as lacking trust and pulling away if they become too open.  Those with disorganized attachment have tremendous difficultly soothing themselves. Their relationships with others may be complicated, and when they are placed in emotionally charged situations, they feel unsafe and may engage in hostile behaviors. Unfortunately, this makes it difficult for them to form lasting and stable relationships. Their trauma from the past, unless resolved through therapy, will stay with them.

For those without secure attachment, there are ways to resolve these attachment fissures. Therapies that allow an individual to work through their trauma, learn to sit with and appreciate their emotional experiences, and develop coping mechanisms that sooth as well as build strong bonds is imperative. Many therapists may use an integrative approach when helping someone resolve their attachment traumas.

Looking for Help with Attachment Issues in St. Louis?

Here are some suggestions for right now:

1.     EDUCATE.  Learning what behaviors and emotions trigger your attachment response is a step in the right direction. When you notice that you have engaged in a typical attachment strategy, it is an excellent idea to reflect on why, how, and what happened. Journaling about the experience, and discussing it with a therapist or trusted friend (probably one who is outside whatever system you’re analyzing — for example, when analyzing issues with your peer group, you could consult a trusted friend who lives out of town), can help you process things in a meaningful way that may lead to further insight and growth.  Once you know the trigger, you can then decide how or whether to work on doing something different.

2.     MONITOR YOUR TALK.  Most of us start discussions about areas where we’re hurt by saying things like, “You made me _______, and now we’re…”  Learning how to use “I feel…” statements can help immensely.  Instead of, “You made me _______,” try starting sentences as such, when appropriate: “Whenever you _______, I feel ________.”  For example, “Whenever you say that I screwed up, I feel disappointed at me and angry at you.”  This places the locus of both control and responsibility for our emotional reactions back within ourselves.

3.     RESPONSIBILITY, NOT BLAME.  Remember, your attachment style is not your fault – attachment style is largely based on our environments and caregivers. Nonetheless, we are responsible for how we interact with ourselves and other people. Even though we may have been taught to behave in one way, that doesn’t mean we have to be stuck in that cycle, though it may mean we need help figuring out how to get out of it. Consequently, it is vital that you be gentle with yourself throughout this process. There are going to be times when you make a mistake, and those are fantastic learning opportunities! There are also going to be moments of great success, and those should be celebrated.

4.     BOUNDARIES.  Lastly, it may be vital that you create boundaries with the caregivers that hurt you, because it is difficult to process our wounds effectively when we’re being freshly injured regularly.  As you start this journey, others around you may become a healthy family of choice. We cannot choose who raised us, but we can determine who surrounds us and helps us grow!