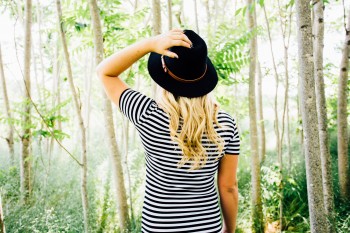 Anna Lynn always knew she liked women, but never dated them.  She grew up in a conservative Christian home, where she she felt doing so would not only earn her the rejection of her family, but of God. In college she met Luke and really enjoyed his company.  She was never physically attracted to him, but dated him anyhow, and even prayed that he would be the answer to her lifelong struggle and a way to finally put her attraction to women behind her.  Last week he had proposed, and only a few of her closest friends understood why she had yet to give an answer.

Adam and his partner Joe have been together for over 3 years and are finally getting married! While Joe’s family has always been supportive, Adam’s parents keep telling him that they “don’t believe” in being gay.  Each time the subject comes up (and it seems to come up with increasing frequency), Adam’s parents remark that they can’t wait for him to grow out of this “phase.”  While Adam is excited to be getting married, the way his parents view him and his partnership weighs heavily.

Jo Jo was born Joseph and in a male body, but has always known deep down that she was a girl. Jo Jo is a veteran of the United States Army, and recently retired after working in the same IT position at a large corporation for over 40 years. Now that she is retired, for the first time it feels safe to embrace her gender identity. Jo Jo never married, has no children, and her parents are both deceased. While she desperately wants community, she tries to think of her lack of connection as at least partially a blessing — this way no one else has to see the transition.  The only relative she does have is her brother — he wants nothing to do with her now that she identifies as female, but thankfully her life-long friend Jeanine has been supportive and goes to all her doctor’s appointments with her. Still, Jo Jo wishes she had someone more objective to talk through things with.  She really did feel so alone.

Tara and Ashley have been married for nearly 18 months — they had no idea how tough the first year of marriage could be! Ashley is gone a lot for work and Tara is often left to carry all the household burdens in addition to her job as an elementary school teacher. Not only that, but Tara’s parents are unsupportive of their marriage and regularly mail Tara and Ashley pamphlets about “conversion therapy.” Tara and Ashley know they can make their relationship work and are thinking about couples counseling to get added support, especially since they don’t have the support of their family.  They just don’t know where to look.

There are many stereotypes about gay, bisexual, lesbian, and transgender people. What’s more, the laws in our country still are not fully inclusive and affirmative. While we are making strides, such as the Supreme Court ruling that same sex marriages are constitutional, bigotry, prejudice, and discrimination still exist.

It is important to understand that discrimination can have a strong impact on your mental health if you identify as LGBTQ.  Here are some ways that is true:

In the past, the mental health field itself been a perpetrator of stigmatization and mistreatment LGBT persons, and has even caused direct discrimination and prejudice to ensue. The Diagnostic and Statistical Manual of the American Psychiatric Association is the “psychological bible,” and contains a list of every major psychological disorder currently believed to exist by industry professionals.  Previous versions of it listed “homosexuality” as a disorder, as recently as the 1980’s. Not to mention there are still “treatments” being offered with the intent of helping “cure” people of their “homosexuality.”

Not only are these so-called “treatments” fraudu 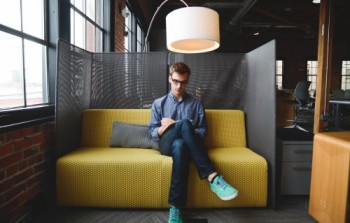 lent, as being gay or trans is not something which needs curing, it is also perpetuating stigma around identifying as gay, lesbian, bisexual, or transgender.  Major organizations such as the American Counseling Association don’t even consider these “treatments” valid.

When looking for a mental health provider it is key to make sure that you are not only seeing someone who is open and affirming of your sexuality, but that also is informed and willing to help on topics like coming out, transitioning, and dealing with societal or familial discrimination.  It isn’t necessarily required that someone be LGBT themselves, and in fact, many LGBT persons find the process of counseling with non-LGBT counselors quite powerful.  And yet, it may be that you feel most safe with an an LGBT counselor.

Whatever your decision, at Change, Inc. St. Louis counseling, we are dedicated to providing a safe space. 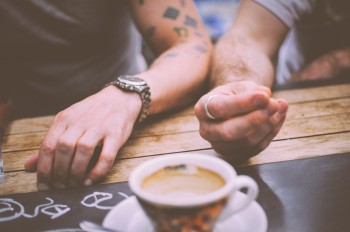 If you identify as LGBT here are some important things to consider:

Our therapists aren’t just expert counselors – they’re agents of change!  They can help you navigate the struggles you’re facing related to LGBT-specific areas of concern, and be a voice of reason and support.  We’re your allies!